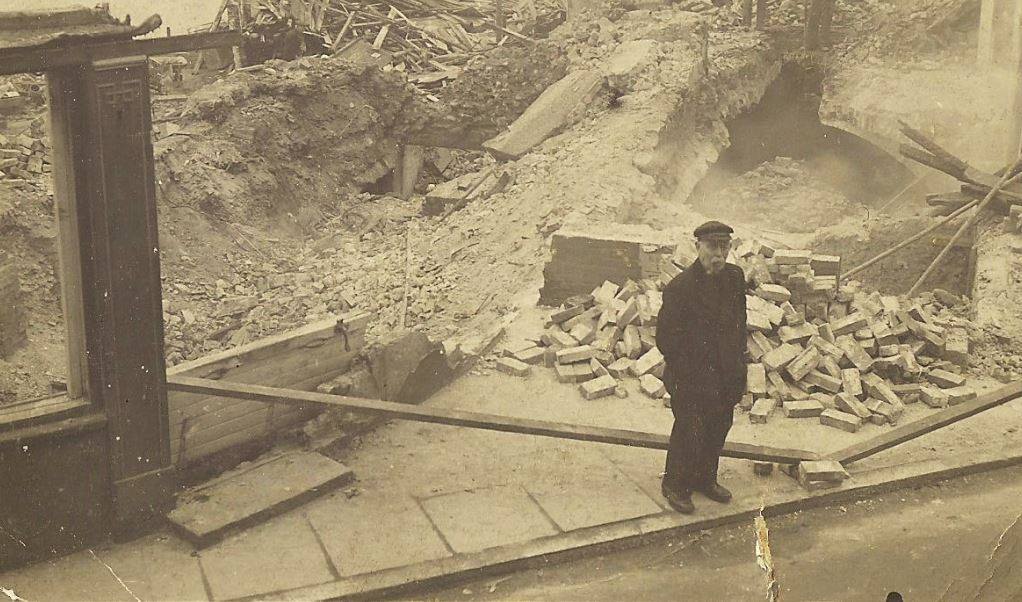 Houses and buildings were advertised for sale in the papers very much like they are today. One gives details of the numerous store-rooms, cellars and counting room of Daniel Roberts’ huge granary on Mill Green, Ropetackle (1826). Earlier, in 1813, it had been advertised for sale, suitable for possible conversion into a tide-mill. Another advertisement in 1831 revealed that the lean-to still to be seen on the side of the Crown & Anchor was then a hairdressers’ and the sale of the original windmill in Mill Lane (1832) disclosed that it was a wooden smock mill before it was rebuilt in brick and converted to steam power. The Dolphin Chambers buildings on what is now Coronation Green in 1812 included ‘High Cage’ a pivoted boom at the end of which was a lighted brazier to guide vessels to the quayside in poor visibility. Below ground level was an arched cellar 30 feet by 13 only exceeded in size by the vaults in Church Street and the later Custom House/Town Hall.
(Photo shows Dolphin Chambers being demolished in 1938 with the arched cellar just visible behind the man)