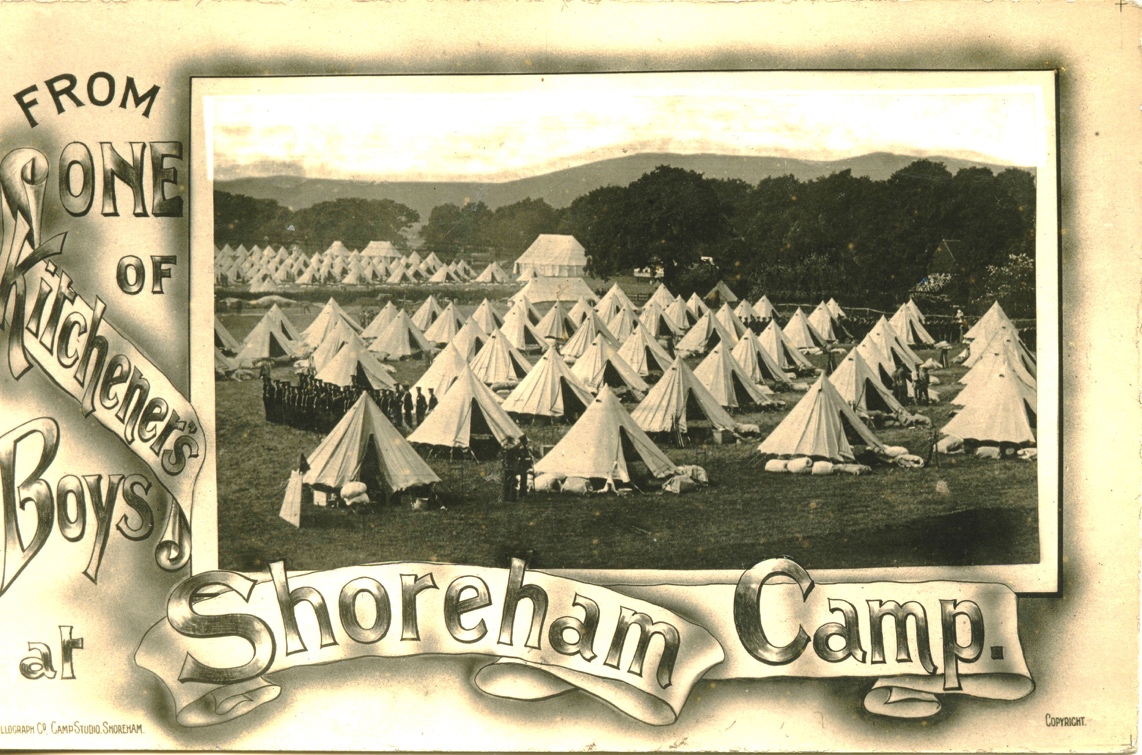 END_OF_DOCUMENT_TOKEN_TO_BE_REPLACED

Built as a Custom House in 1830 by George Henry Hooper at the expense of the ancient Poole family mansion that had stood on the same site for centuries before. Hooper was himself a descendant of the Poole family and the new building was, initially at least, an attractive one designed by Sydney Smirke R.A, but its appearance was somewhat compromised during the subsequent enlargements of 1920.

END_OF_DOCUMENT_TOKEN_TO_BE_REPLACED

– a collection of images from the galleries and collections of shorehambysea.com illustrating the changes to the area since the 18th century.

What a wonderfully eccentric place it was! Besides a fascinating ropemaking and shipbuilding past there were, in Victorian times, ancient buildings still standing, quaint cottages, wharf houses, a gas works and, spookily, a mortuary alongside an incinerator! In the Little High Street there were peculiarly shaped houses and strange, shop-like windows.

It was never a fashionable area, being part industrial and part residential where the poorer, labouring families largely dwelt. In 1817 William Butler’s poor grammar  described it as being “the lower ‘hend’ of town” and goes on to mention a ‘pour new’ shop where he had ‘connections’ with Sarah Fillaps. Something of a mystery and perhaps a pawn shop (a corruption of the French ‘for us’) or as William’s escapades suggest one of the numerous brothels in Shoreham port then?

During the early part of the 19th century Ropetackle included wharf houses, sheds, a brickyard, coal yard, a bonding pond, Thomas Clayton’s deal yard, his cement factory, stables, a mixture of 17th to 19th century houses and even a mill pond. By the Victorian era there was also a sewage plant and of course the gasworks, flint-built ware houses, incinerator and mortuary. It all added to a certain air of eeriness and mystery to the area.

END_OF_DOCUMENT_TOKEN_TO_BE_REPLACED

Naval sketches of the fourth rate, 48 guns,  three-decked man-of-war HMS Dover, built at Shoreham in 1653, give the impression of a very large ship. Surprisingly at 533 tons and keel length of 104 feet it was very similar in terms of length and tonnage to many of Shoreham’s typical 19th century home built merchantmen such as the Shamrock 500 tons/117 feet; Agricola 600 tons/119 feet and Cambria 500 tons/116 feet.

Visual comparisons perhaps give more idea of sizes and this view of an average 19th century vessel between the Dover (left) and the considerably larger Britannia (right, recorded at 800 tons and a length of 140 feet) reveals a perhaps diminutive but nevertheless beautiful example of Shoreham’s shipbuilding history.

The sad loss (besides others) of the two southern-most buildings on the east side of East Street included the East Street Arms inn. More usually seen from a distance in photos from the church tower this rare shot reveals it in more detail. (from a Michael J. Fox photo) 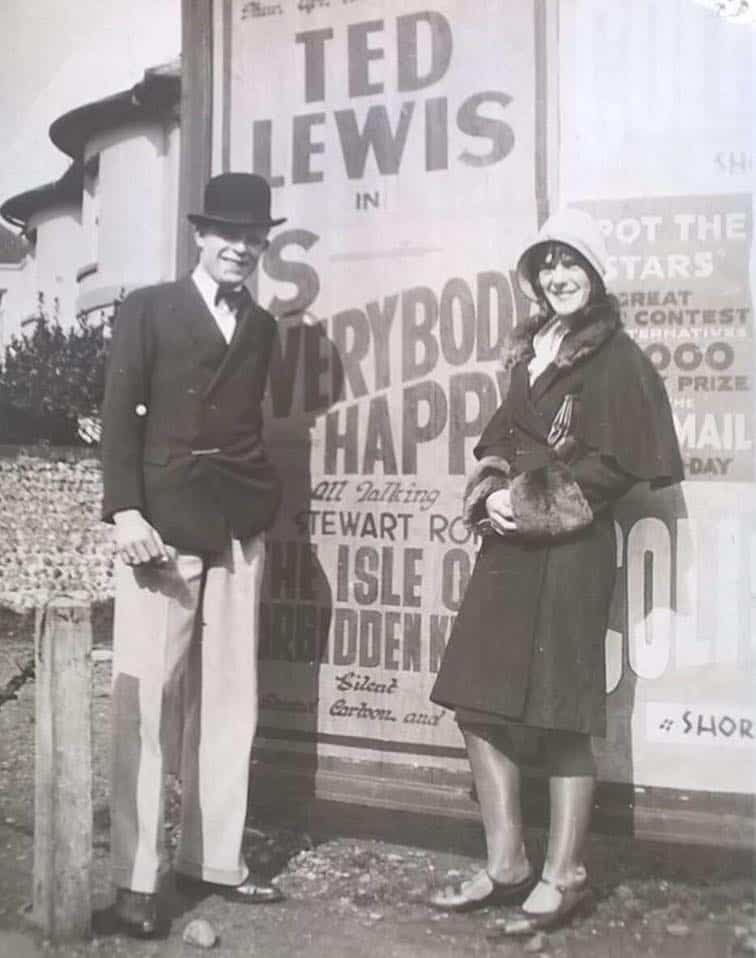 An absolute cracker of a 1920’s photo of Ernie Butcher and Maude Paige, later to marry and become Portslade residents – but where in Shoreham is the location? (photo from Sharon Willard).

The building is Adur House located on the Brighton Road. (photo from Lofty)
This was demolished to make way for the new (now old) Civic Centre.