These rates, later to become known as household rates then community tax, have been researched from the early 19th century to 1910 and from 1841 were matched to the census returns in order to help establish the streets and buildings they relate to. Road and street names were not included in the originals and these have been identified from owners/occupiers names from other records where the property locations were known (the earlier years were matched initially to some of the 1782 Survey records, then on to Land Tax lists using deeds etc., where possible to pin-point a few properties exactly).

The results are not totally accurate but others may find the records useful and may even eventually enable more positive identification. This is the earliest year used in the exercise (the later, 1833 PPR’s already recorded are an exact transcript of the original).

Points to be aware of:-

The first and last few properties in each road are uncertain.

As with census returns the order of names/properties within each street is also uncertain but patterns do occur.

All property descriptions are houses unless stated to the contrary; for those with property other than houses these are listed in the next line down – care, these multi-property situations often include all the owners’ properties from other parts of the town. 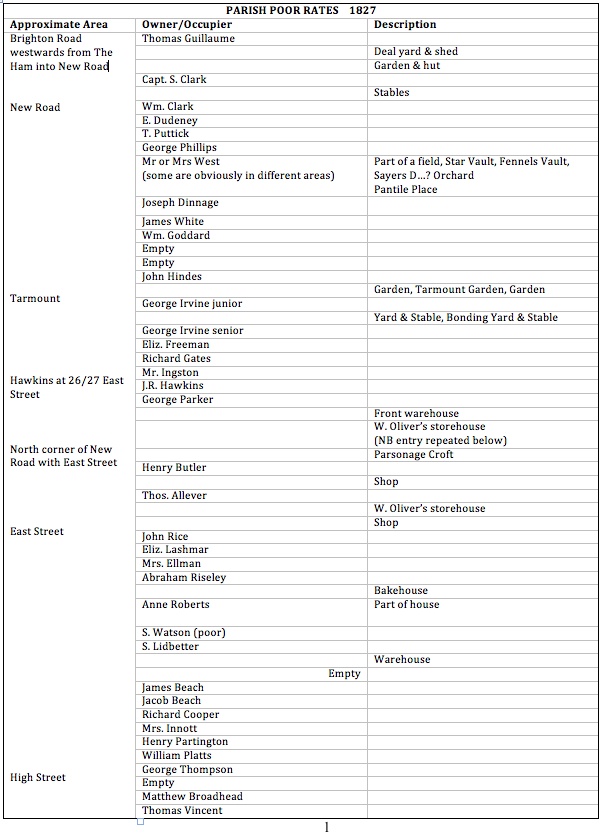 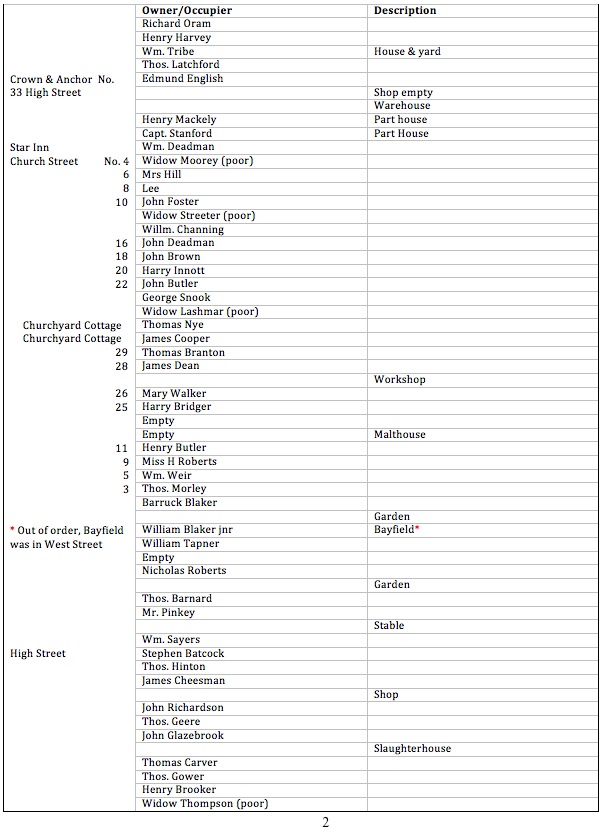 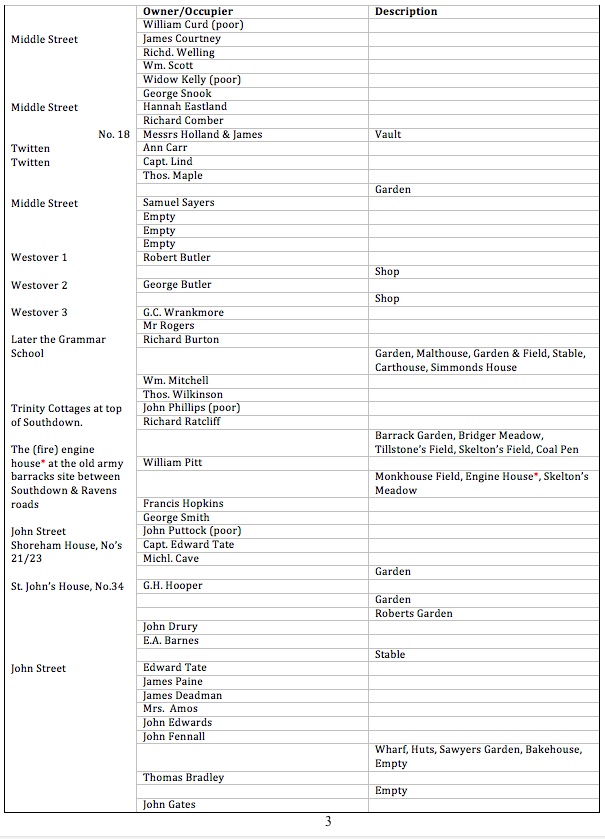 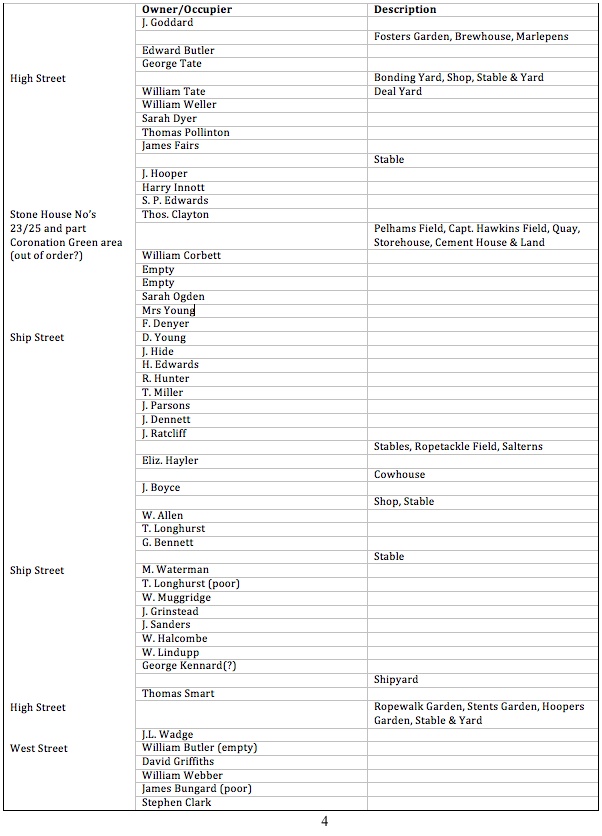 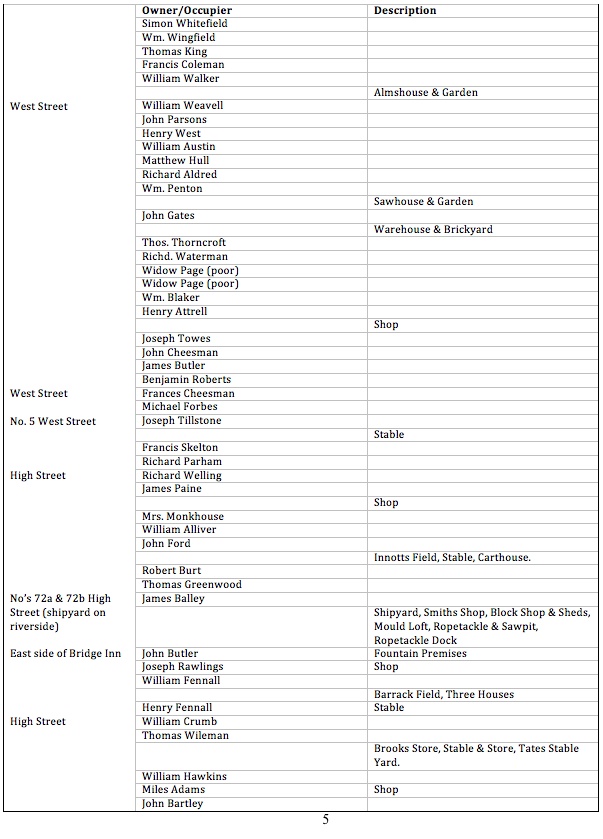 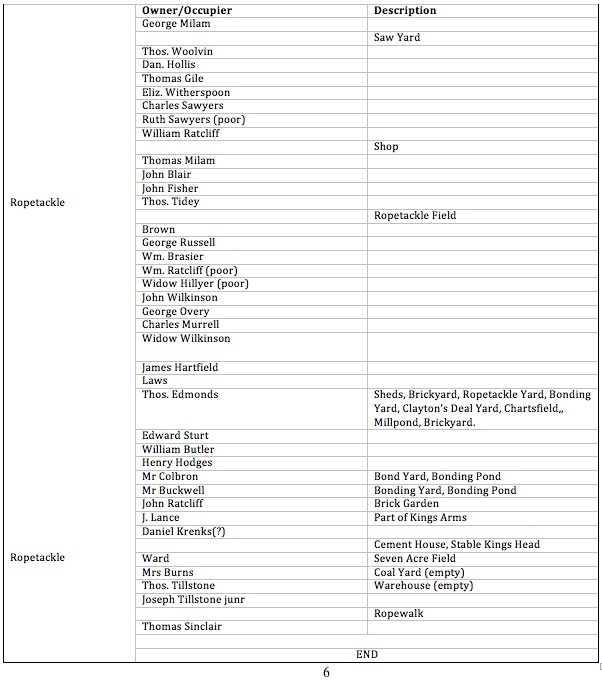