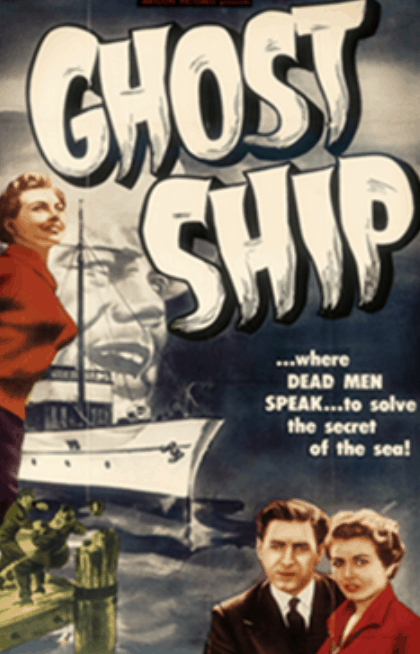 Vernon Sewell is a B-movie film writer / director of the 1950’s who seemed to have an obsession with making films in Shoreham, that included the harbour, boats and often his own boat. (the S.Y. Gilert, 122 tons which was berthed at Southwick’s Lady Bee starred as the Ghost Ship).

The ghost ship was played by Sewell’s own boat, which he had commanded during the war and then purchased. It was berthed at Southwick’s Lady Bee yard, the S.Y. Gelert, 122 tons .

Now and then photos: https://www.reelstreets.com/films/ghost-ship/

Murder and infidelity set in the middle class circles of Sussex society. This is a mildly interesting how-he-dunnit filmed at a house near the Old Fort, Brighton and Shoreham Harbour. John Bentley shows how to be as charismatic as a piece of wood.

Now and then photos: https://www.reelstreets.com/films/flaw-the/

Rogues Yarn is a detective story built on some fairly un-involving dialogue scenes. A story of murder and infidelity set in the middle class circles of Sussex society, the same plot as the film Sewell made a year earlier. This is an interesting how-he-dunnit filmed with some good location backdrops of Shoreham Harbour, Shoreham Airport and on board a motor yacht berthed at the Lady Bee Yard. A few scenes of Le Harvre were actually in Le Harvre although Southwick does double as a French port in places. Studio scenes were made at St. Nicholas Road Studios Brighton.

Derek Bond is the lead and shows how to be less charismatic than John Bentley. The “love interest” is a cliche firey Italian woman who’s inclusion is merely to justify a racey publicity poster.

This is a b-movie filler with some wooden acting from the ever-conistent Paul Maxwell. Waiting for his flight home from Baghdad, Bill takes a message from a British secret agent – that’s the whole plot. Shoreham plays a location role for the climax at the harbour and power station.

Now and then photos: https://www.reelstreets.com/films/shadow-of-fear/

Lady Bee Marina and Tarmount Lane Police station feature  in Dangerous Voyage ( and also Ghost Ship and Rogues Yarn). I have a suspicion one of the boats is Vernon’s as it looks suspiciously like Gelert again.

Here’s a curious still from Dangerous Voyage  – recognise the spy’s secret map?   (featuring a building beyond the lock built on a spit, with 2 chimneys – even though at the time of filming there was only one chimney) .The story was b-movie bunkum about radiation, a bomb and missing stowaways from a salvaged ship in the channel.  The poster over eggs the excitement a bit, as you can see from the screen shots. 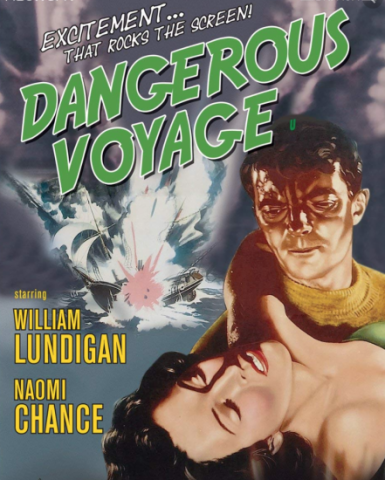 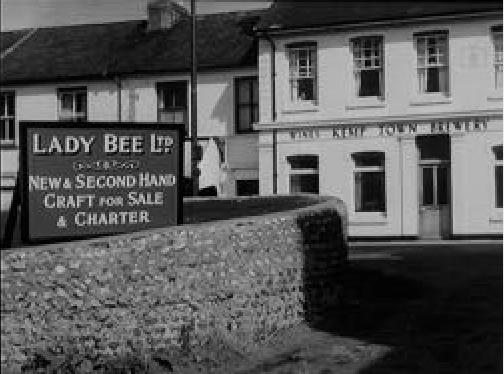 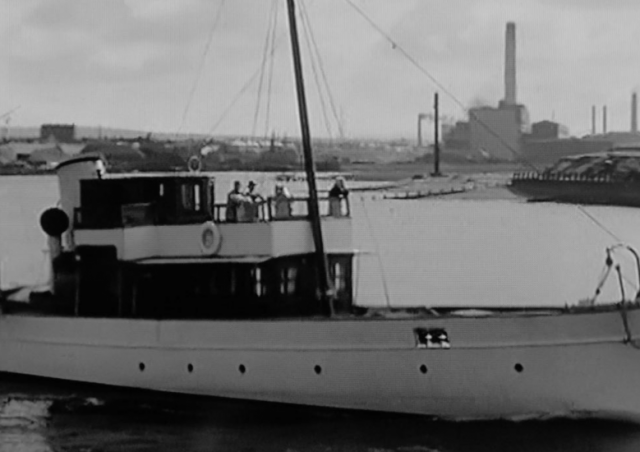 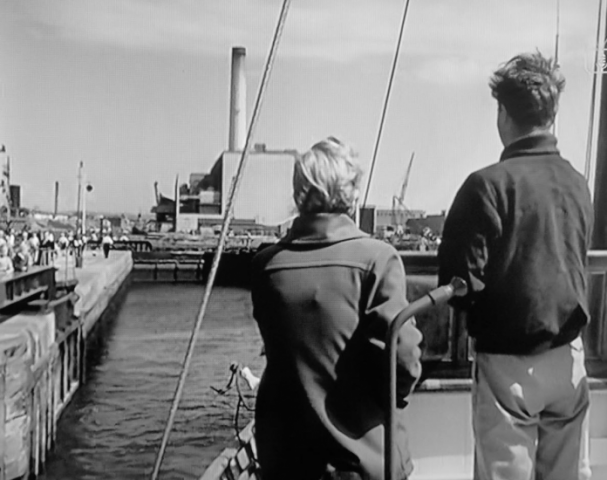 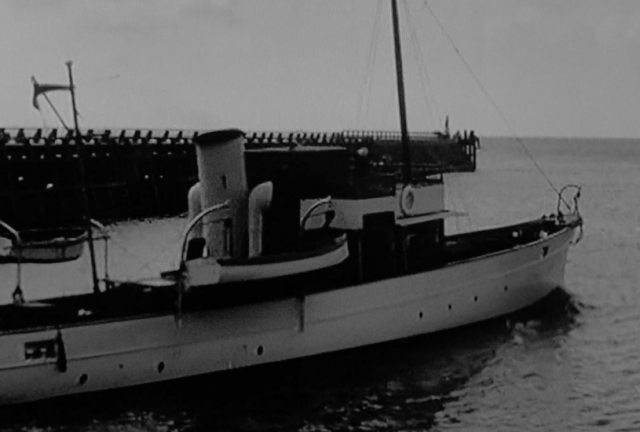 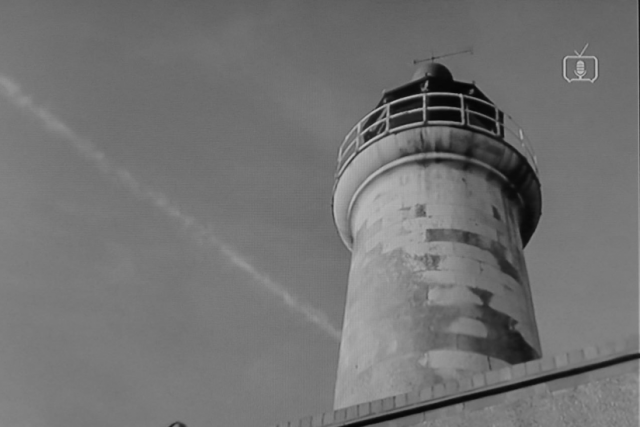 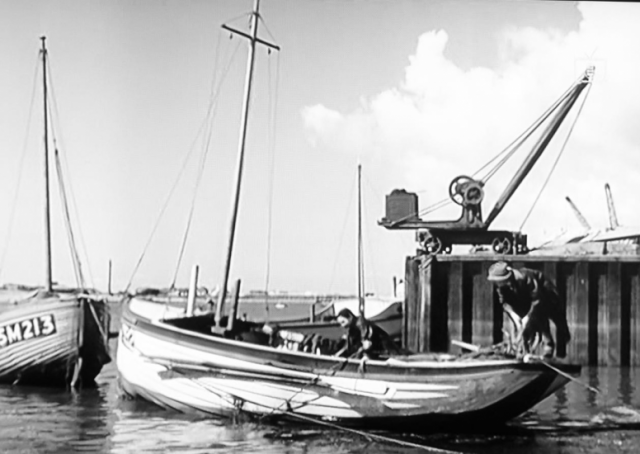 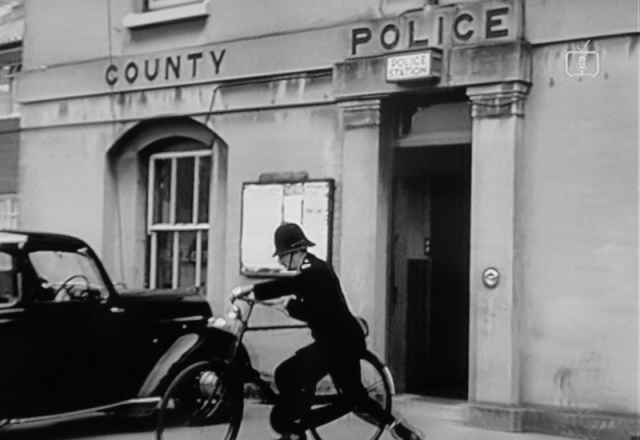 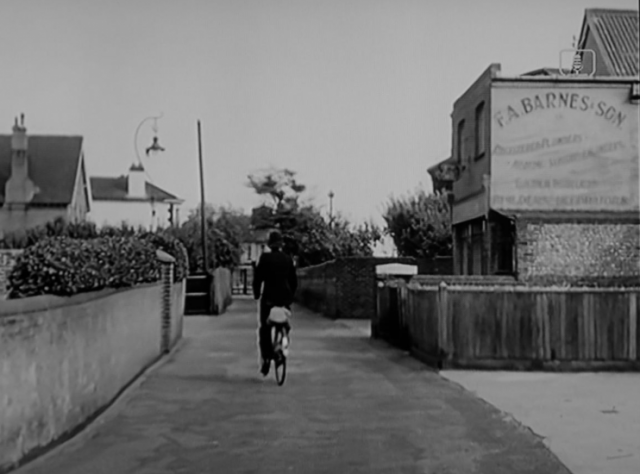 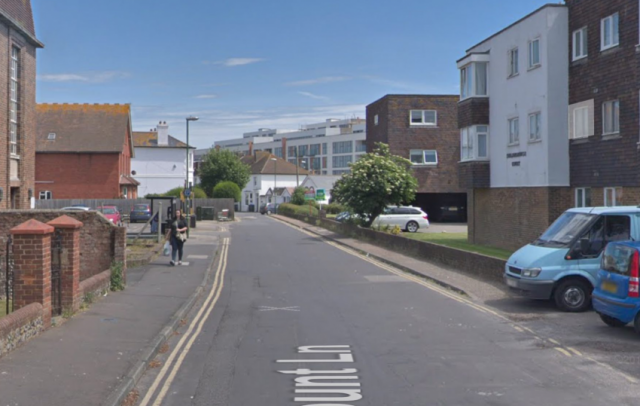 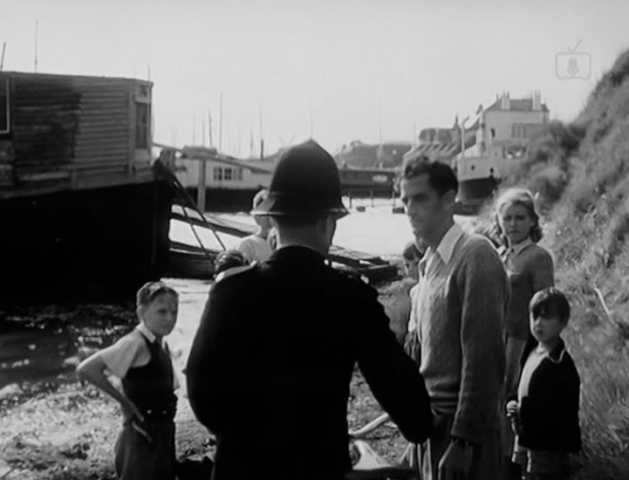 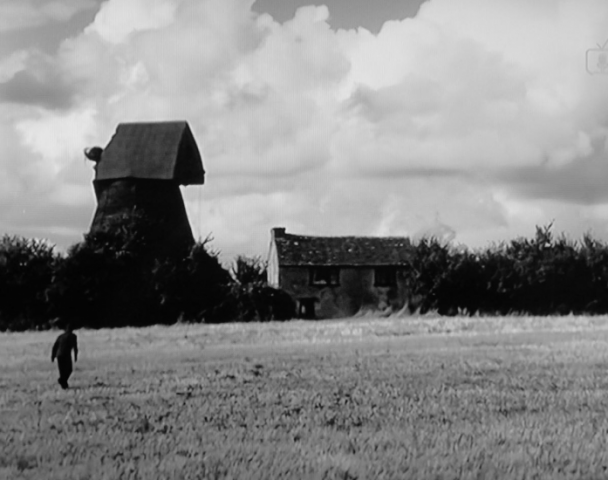 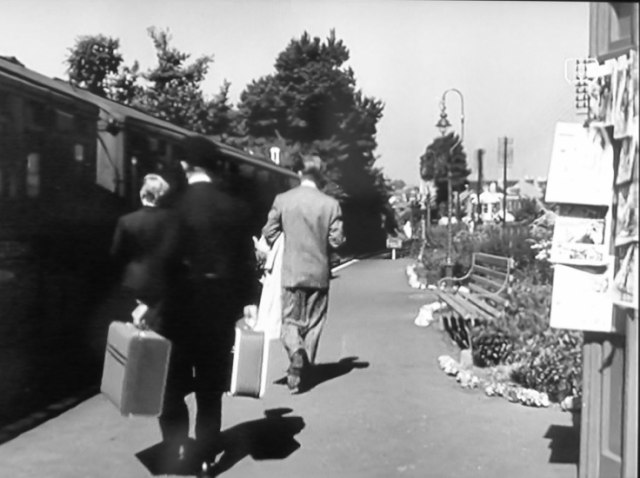 Uneasy Terms was an early film for Vernon Sewell filmed at Shoreham, and mainly at night. Vernon references it in his interview (link at bottom of this article).

The Battle of the V1 has been well documented before but a curio in another photograph is worth noting. Nelson picks up the story:

We puzzled a lot about this photo (top – donated by Jean Tyler). How could a WW2 gun appear with the 1950’s eastern harbour arm in the background? Spinalman found the answer with two stills from the 1958 film ‘Battle of the V1.’ The gun was one of the props for a scene filmed on the fort – an 88mm German anti aircraft gun! Real? No, apparently not.  Ex Southwick resident Pat Bareham tells us her husband John who worked at Shoreham’s Linscer & Barnes at the time was hired to cover the wooden dummy gun in zinc to make it look more realistic – sandbags were in fact filled with sawdust from Pullins – and John was even roped in as an extra!

Other locations used were the Brighton B Power Station (as a V1 rocket factory), the Western Harbour Arm, the National Coastwatch Tower, the Pavilion Cinema in North Street Southwick, Sussex Terrace Brighton, North East corner of Shoreham Airport (Dakota landing), the land to the West of the airport (V1 crashing in a crater), and the Old Salts Farm area (factory labour camp). Capel Windmill is also featured.

Now and then photos:      https://www.reelstreets.com/films/battle-of-the-v-1/

Shoreham was a regular location for films produced out of the Brighton Studios – a small single stage film production building in St. Nicholas Road, Brighton. This two storey building was a film studios in the 1950’s and early 60’s – and then became an Auction House, and lately converted to flats.

A summary of Shoreham Films wouldn’t be complete without mentioning Hell Drivers (1957). The story is said to be inspired by the excavation of Truleigh Hill to build the secret underground radar station in the 1950’s and recounts rivalry between tipper truck drivers, paid by the load, who risked driving at break-neck speed and taking dangerous shortcuts. The route from Truleigh to Anchor Bottom to the North of the cement works via Shoreham was long and a shortcut down the steep escarpment to Upper Beeding was reputedly used to avoid the extra miles. Helldrivers is filmed around Heathrow, Ford airfield, and on Beeding Hill and Truleigh Hill. The climax is a truck chase scene ending with a crash over the cliffs above a Beeding quarry.
Now and then photos: https://www.reelstreets.com/films/hell-drivers/

Special mention of “For Those in Peril” (1944). An Ealing Films stiff upper-lip account of the work of RAF Air Sea Rescue boats – filmed at Newhaven, Birling gap and in the Channel. Shoreham airport and town features in a sequence where a Walrus seaplane is seen flying from the airport and over the town.

If you’d like to know more about Vernon Sewell’s career in film-making there is an interview here.