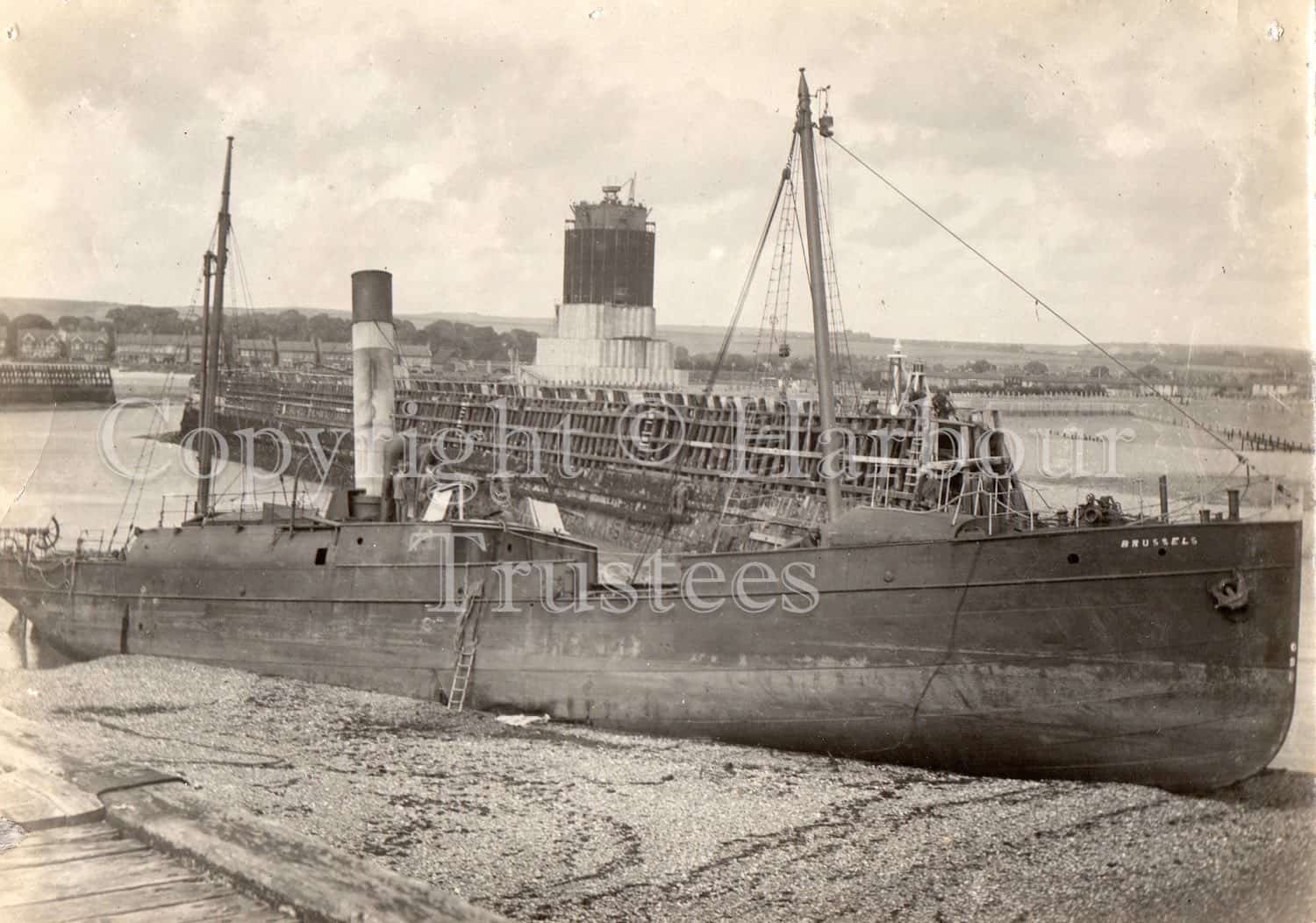 The lifeboat house and lifeboat had been  moved to the beach in 1892 after the build up of the bar had prevented the lifeboat from leaving the harbour. They were returned to Kingston after the bar had been cleared and after that photo was taken. Holloways of Shoreham were involved in harbour reclamation work in 1925 which seems likely to have included clearing the bar. 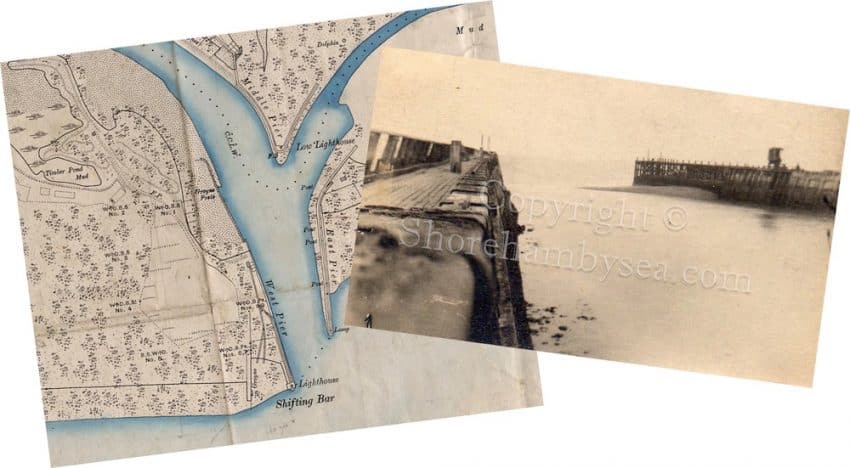