A fascinating collection of images from the O’Neill family album that gives us a taste of life in Bungalow Town and the homes they lived in. These have been donated by Tim O’Neill of Dublin, grandson of the couple that set up home on the Beach during the early part of the last century. Tim has also provided an informative background of the family and their life that we can do no better than to include here in his own words:-

“My grandparents were Vincent O’Neill (1875 – 1960) and Olivia Graves-Flood (1877-1955).Vincent was a barrister, and had the rare distinction of being called to the Bar both in Ireland (at the Kings Inns in Dublin) and in England and Wales (at the Middle Temple in London). Olivia was from a military family, and most of her family were either high-ranking officers in the British Army in India from the earliest days of the East India Company, or were Church of Ireland (Anglican) bishops. (Her cousin was Robert Graves, the poet and writer).

Both of them were very much free spirits in their young adult lives, and were able to enjoy “bohemian” lifestyles as he came from a well-to-do family and she had ‘good family’ connections and great personal style. During the Irish cultural renaissance at the end of the 19th and the beginning of the 20th century, they were in their twenties, bright spirits, prosperous, and part of a great surge in Irish social, cultural and political debate and change. Dublin had a vibrant community of poets and playwrights and party-lovers, often mixing with all the different factions in politics that was also shaking the old values of Irish society. (All of this was lost a a result of the chaotic political situation following the Great War and the Easter Rising).

When Olivia became pregnant in 1901, they got married in the Registry Office in Dublin and then skipped over to England where Olivia had family in Surrey and also in Steyning. I can only imagine that during this time they met new friends who were living on Shoreham Beach, and decided to join them and acquire a plot for their own railway carriage, Olivia, then a second one, Regina. At some stage as the children were born they upgraded and expanded with Norfolk Lodge. Olivia and the children increasingly lived full-time on the beach, where my father Seán and his 5 siblings were brought up. In 1939, they were evacuated, and my grandparents bought 299 Upper Shoreham Road, which remained in the family until my uncle Kevin Patrick died in 2003.

That’s about all I know – my grandfather was a big womaniser and gambler, and in their later years their marriage was a disaster, which is how I remember them as a child, very unlike the joyful people seen in my and others’ photos of life in Bungalow Town.“ 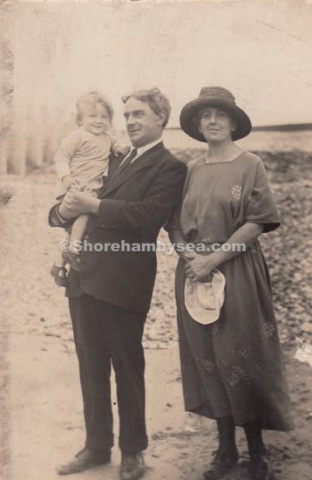 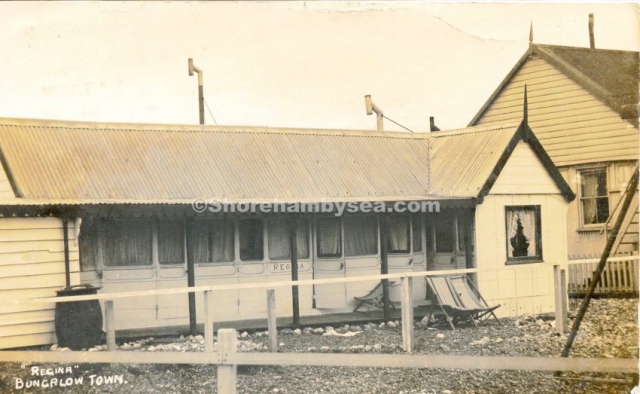 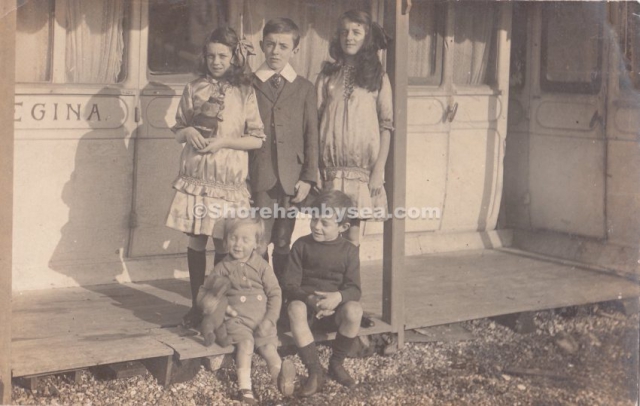 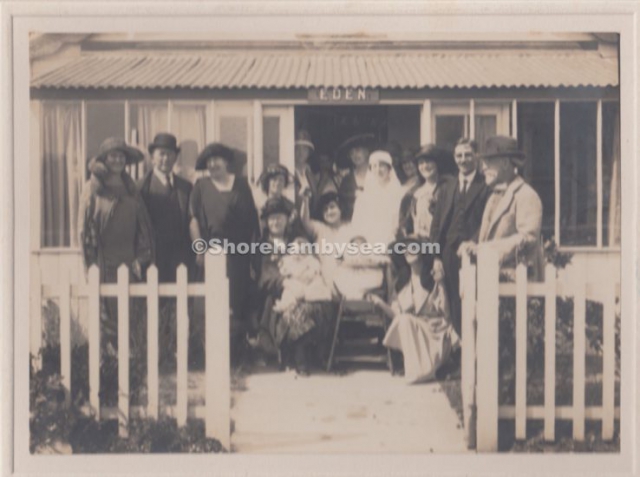 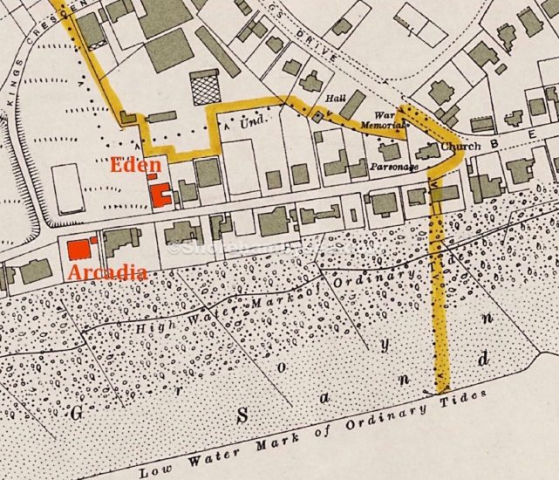 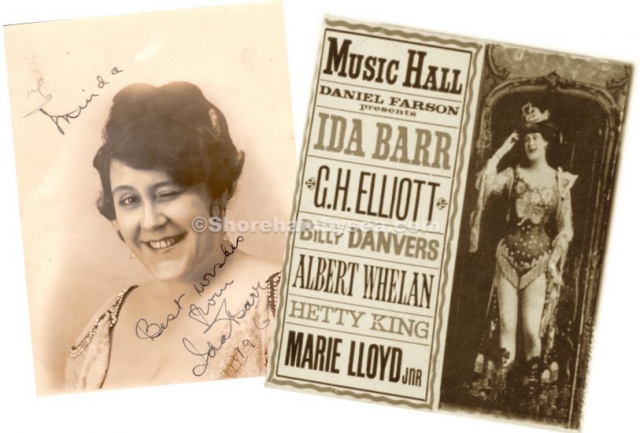 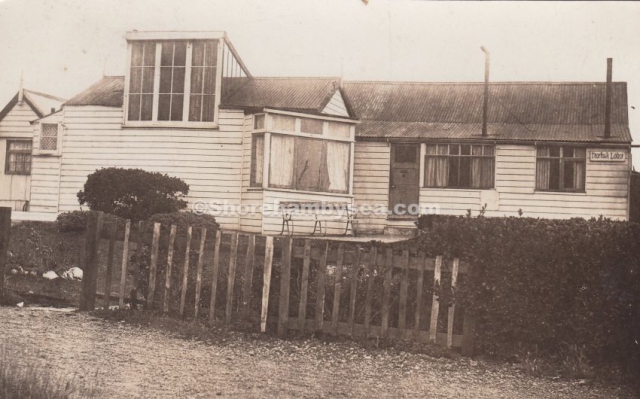 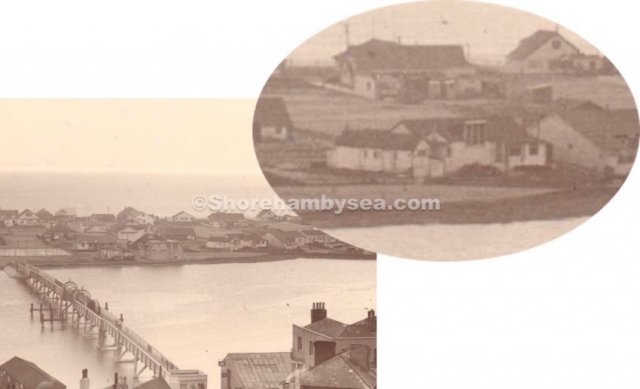 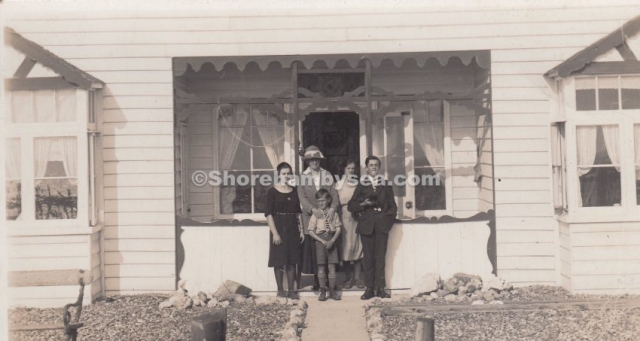 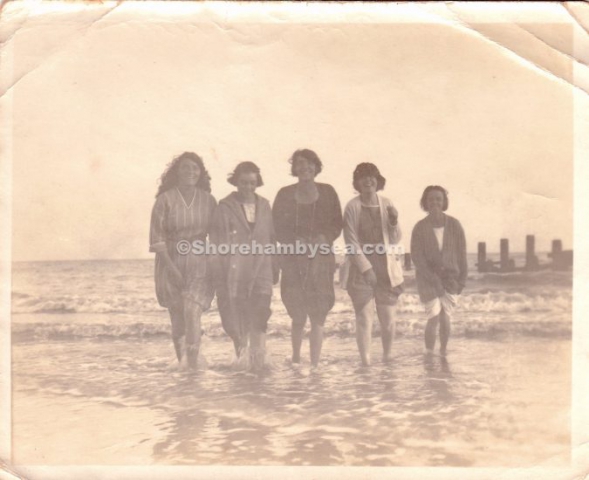 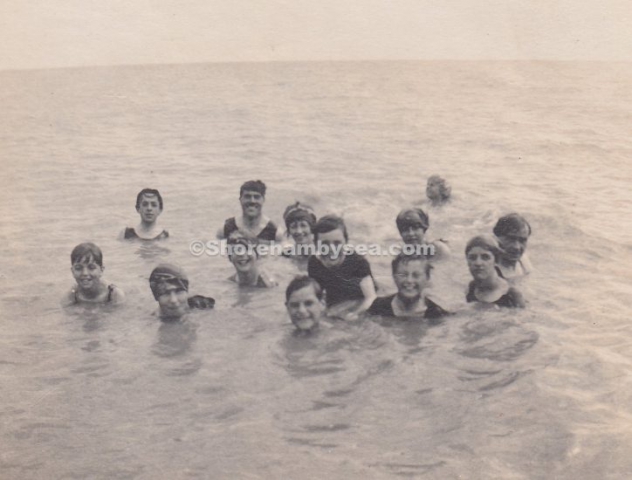 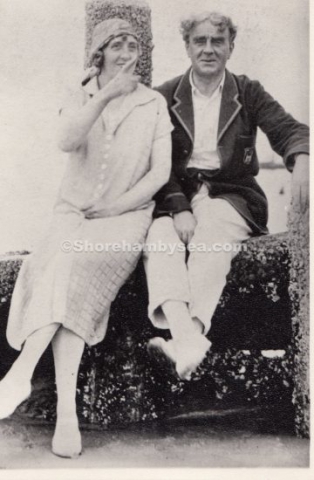 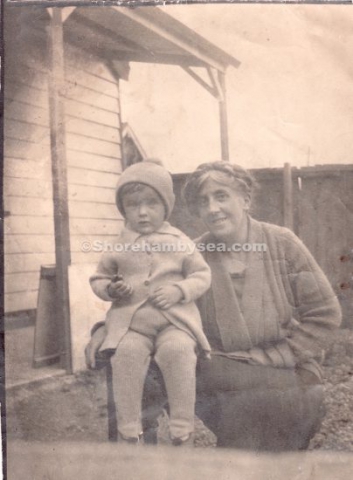 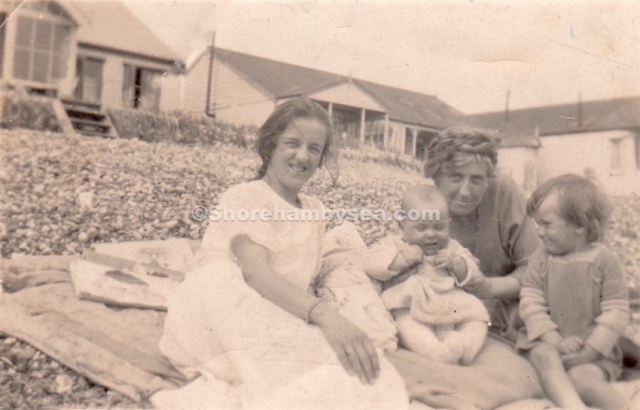 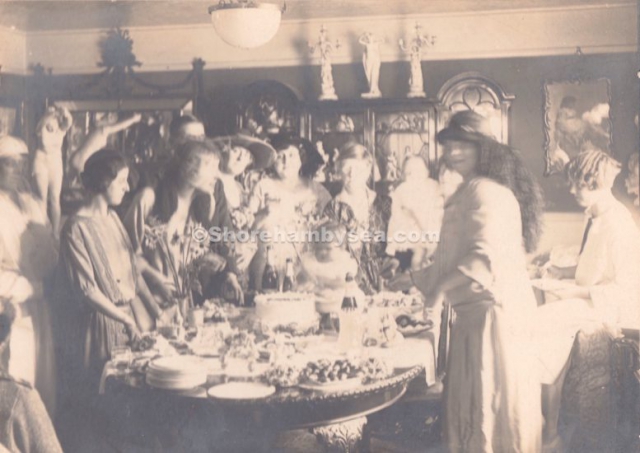 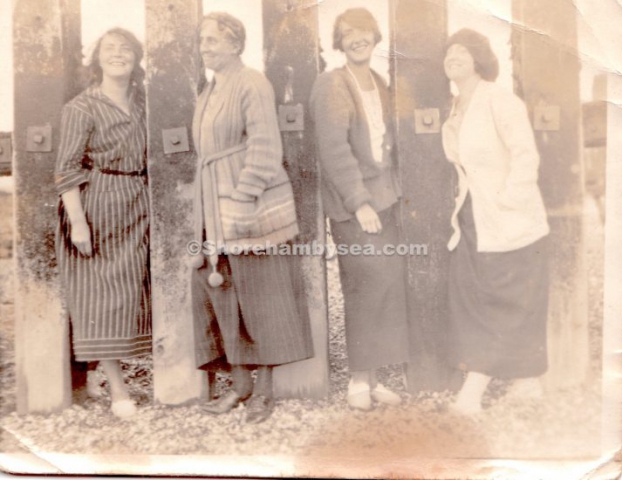 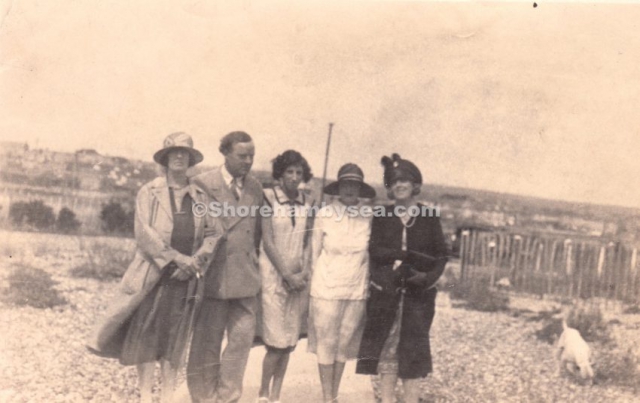 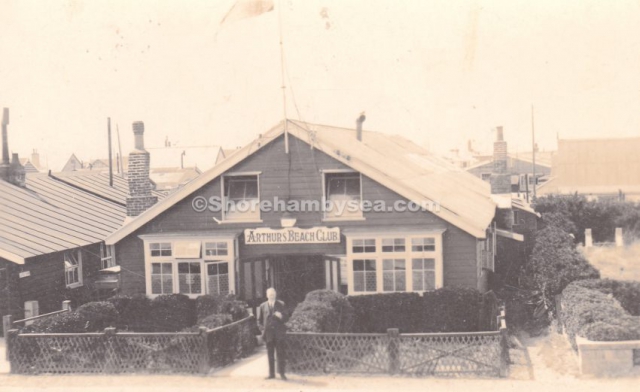 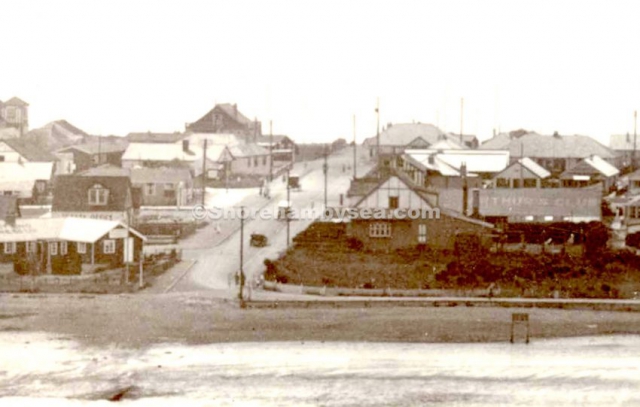 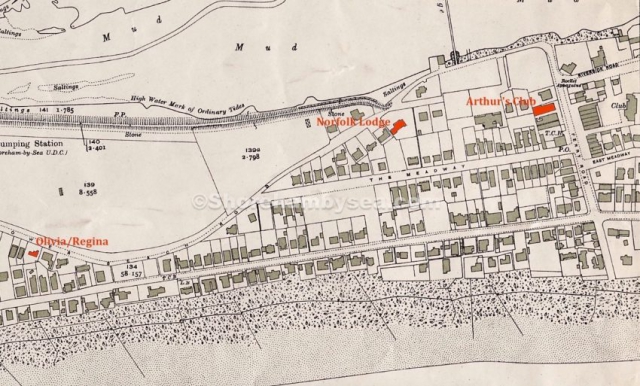 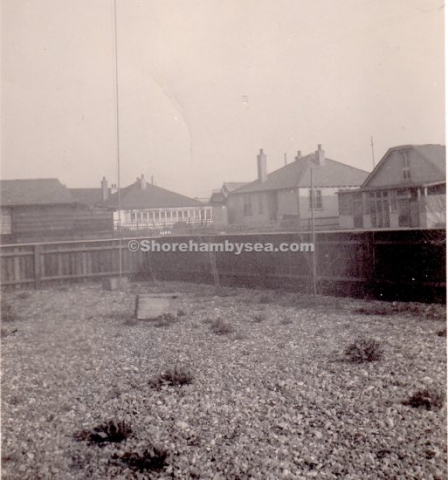 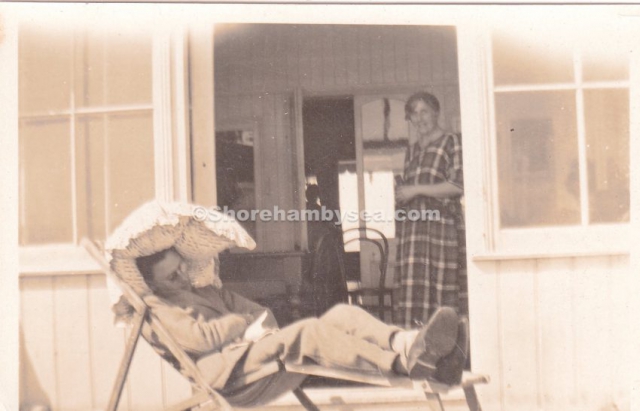 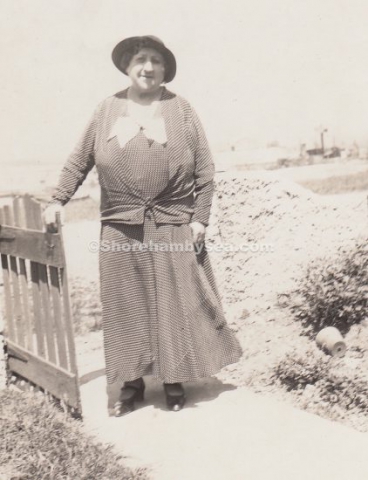 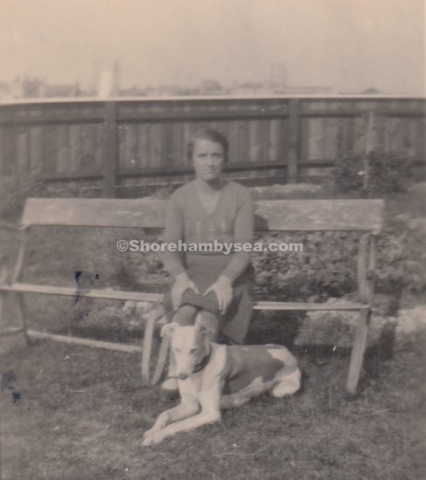 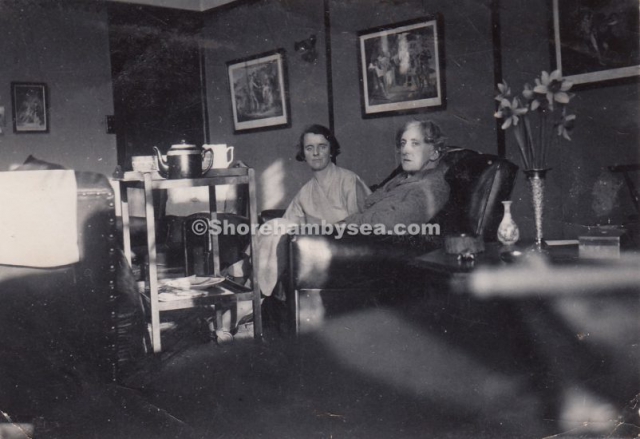 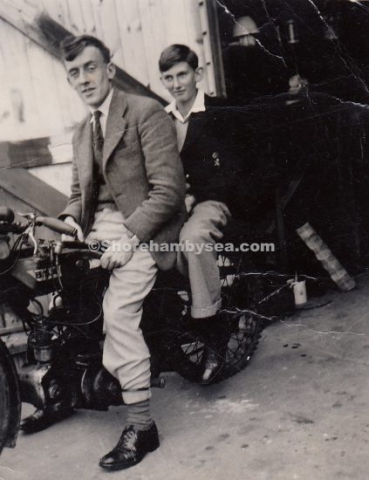 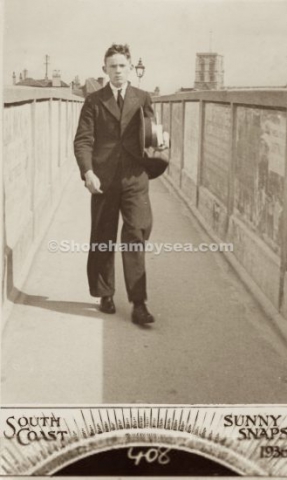