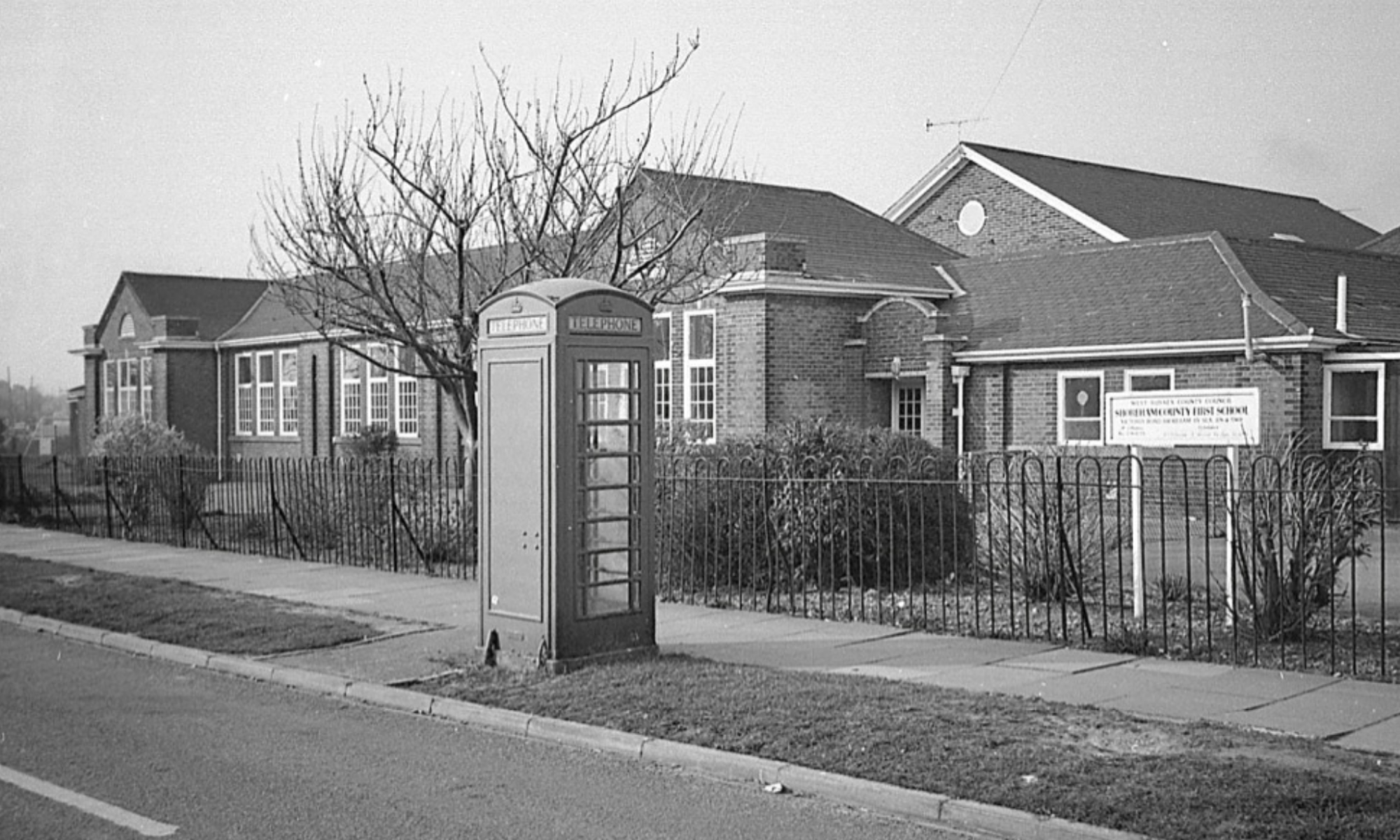 Victoria Road School was also the site of Shoreham’s Library and Reading Room (1930-1938) prior to being relocated to New Road where the library occupied premises below St. Mary’s Hall until 1974 when it was relocated again to Pond Road.

From 1937 senior boys went to Shoreham and Southwick Senior
Boys’ Council school, Middle Road; and senior girls to Shoreham and Southwick Senior Girls’ Council school, Southwick. With this change, the Ham Road school closed in 1938, and the new infant school built alongside the junior school. Both juniors and infants were accommodated in the extended Victoria Road site: the school buildings were re-styled Shoreham County Junior and Shoreham County Infant schools. During the Second World War the Meads was the location for air raid shelters for the schools… the ground marks still evident during droughts in recent years.

By 1937 the school was headed by Miss Ball, the daughter of the first Headmaster, Oswald Ball. Other teachers were Miss Ogden, Mrs Bratley, Mr. Baker, Mr Jones, and Mrs Kimble.

In 1974 the juniors were transferred to Buckingham County Junior school, Buckingham Road (which had opened in 1958) and the infant school expanded to take over the whole site as Shoreham County First School and later Swiss Gardens School.

The clues to the past: Swiss Pleasure Gardens

If you look closely there are a few clues to the former use of the school site – the Swiss Gardens pleasure garden (1838 – 1910). The Lake is the most obvious, to the South of Swiss Gardens road. Hidden in the gardens of Homehaven Court is the remaining wall of the grand theatre.

The tall boundary wall to the North between the school and the Meads, looks to be the original wall of 1838. This had an undulating top and a kink in its alignment (until part of it was pushed down in the 1990’s) . If you refer to the the poster illustration of 1875 it suggests this 12 – 15 foot wall was the back wall to a theatre-style open stage (to the right in the poster below). There were cart sheds / stables that are evident in early photos of the school. The cart shed in the Meads lasted until the 1990’s and whilst the boundary wall has been repaired many times it is possibly that is the only visible 1830’s structure left.

By the early 1900’s the site had been abandoned by the proprietor of the Swiss Gardens and local children explored the wild overgrown site. The derelict gardens lent themselves to painting and was inspiration for local artists. By 1915 the site was cleared and the new school replaced the wilderness.