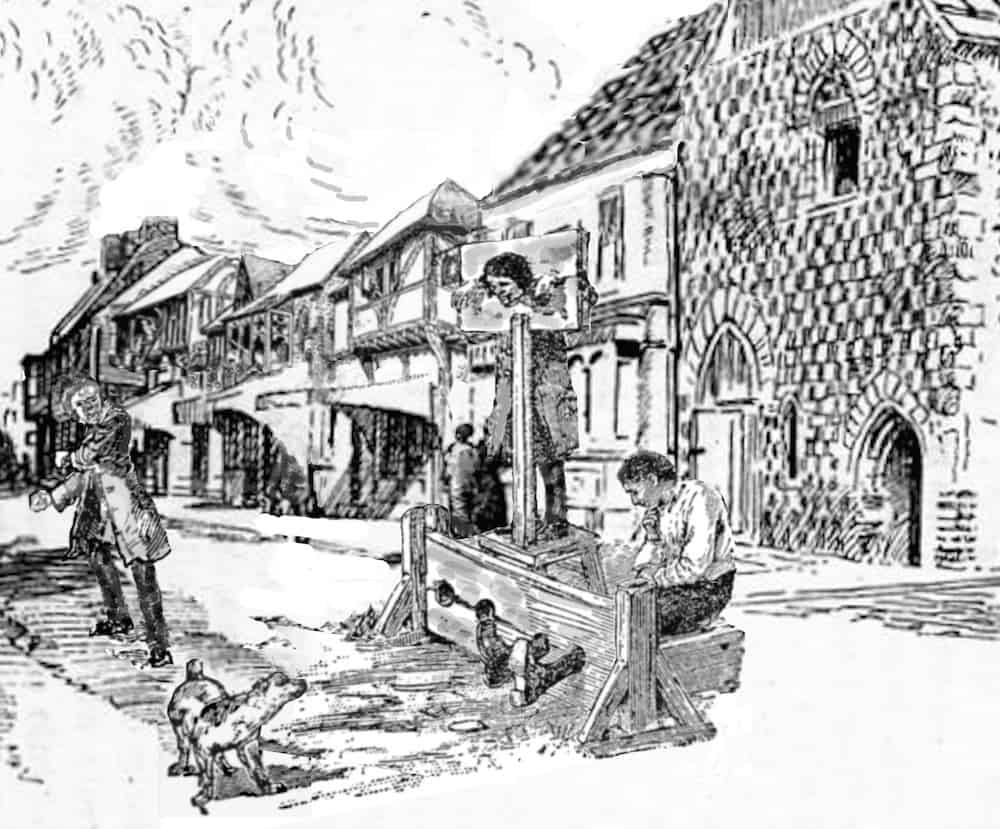 A trawl through newspapers of old brings up some interesting facts. In Shoreham stocks were still being used for lesser offences well into the 19th century; the thief who stole gooseberries from Barruch Blaker’s garden was ordered to receive ‘a good whipping through Shoreham’ administered by the parish constable (1819); a number of months hard labour was the sentence for minor stealing and other misdemeanours; John Hindess received six months hard labour for keeping a brothel (1842) – he was aa Navy pensioner who had fought at Trafalgar but lost his pension because of the offence and in other words was punished twice; John Banks was found guilty of stealing a cow (1823) and after trying to escape across the river near the Pad was re-arrested and later executed; John Baldock of Shoreham also received the death penalty for burglary (1838); Charles Packett was convicted of stealing one of John Glazebrook’s sheep (1838) and sentenced to be transported to one of the harshly run penitentiaries in Australia for ten years – all this at the time when an increasing number of emigrants had been voluntarily sailing from Shoreham for a new life in that country and Canada (1832).