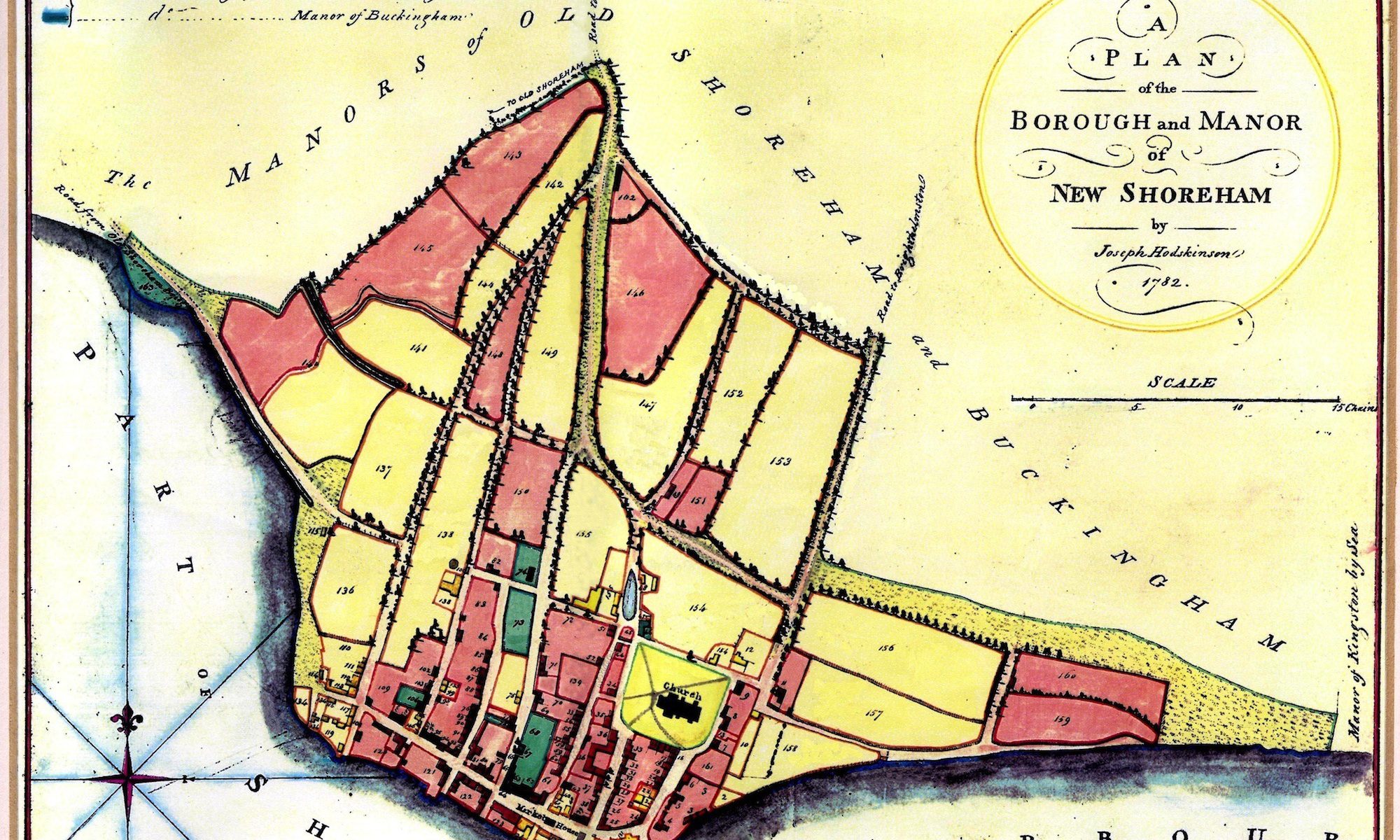 An Identification of the Present Day Locations of 1782 New Shoreham Buildings,Fields and Land using the 0riginal Survey Schedule and Map. 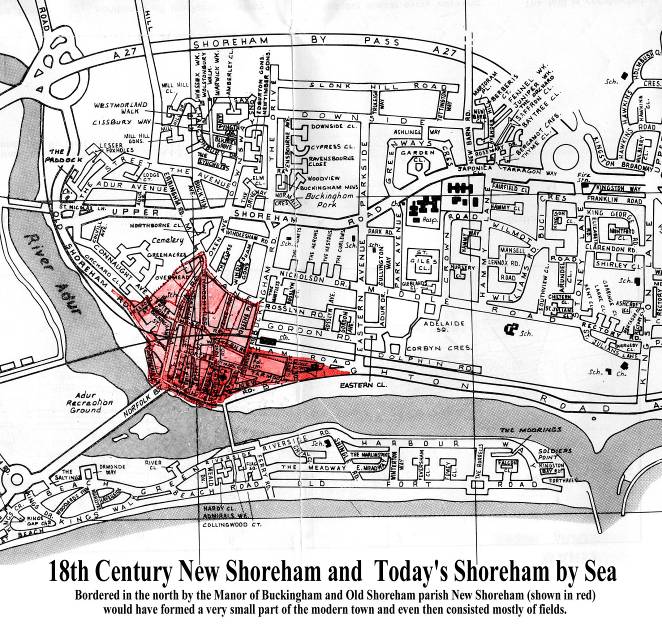 An identification of the land and properties, their owners and occupiers in New Shoreham using the original, numbered map and the Survey schedule describing the property and naming the owners. These have been matched to the Land Tax records for the same year to identify the occupiers. For ease of recognition the original order of the Schedule (no apparent order) has been rearranged into street order. To each entry for the owners has been added any subsequent changes in the months or years following that were made to the original Schedule, but unfortunately not dated, by the officials of the time. Where the Survey map is overlaid on to the modern map the buildings on them do not always exactly match as the former is not precisely drawn but nevertheless is still a useful aid to identification. 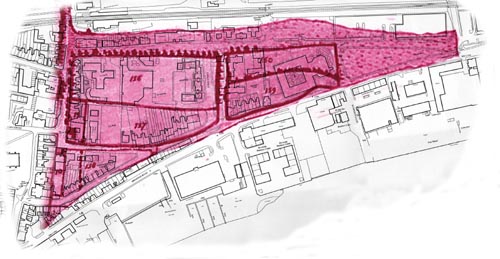 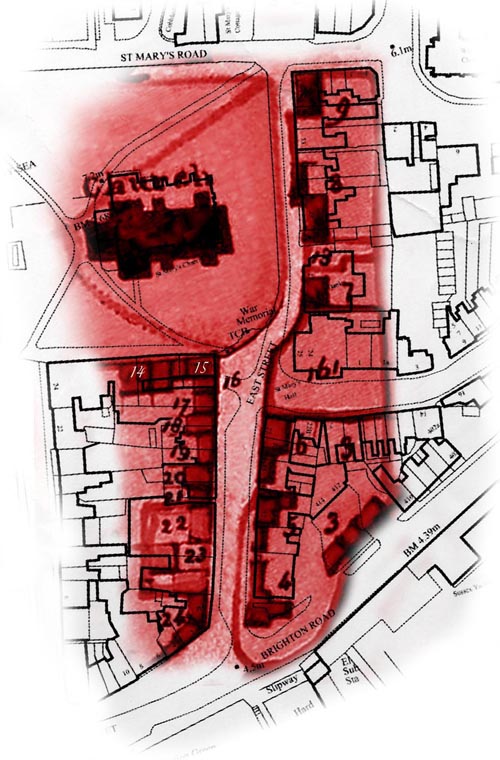 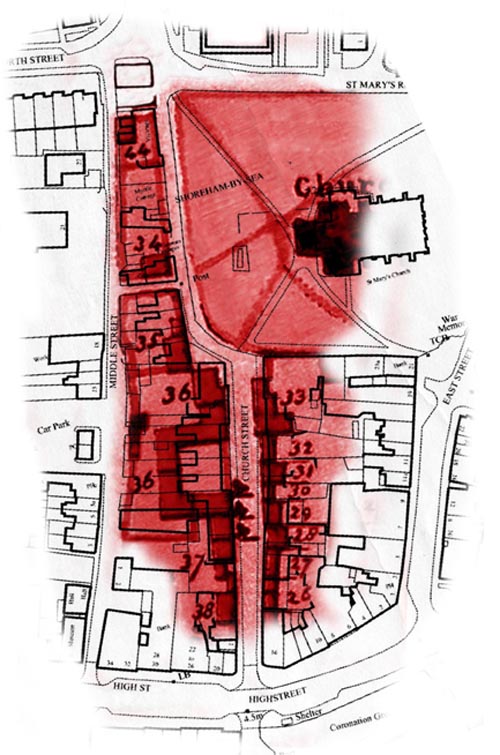 (The remainder of the east side of Ship Street northwards is the west side of Survey No’s 78, 77, 75 and 73 that have already been

described in the John Street details and today are the old front of the R.C. church and the back gardens of John Street properties)

There is no owner or occupier entered for 87, only the Schedule number and description – it is entered after 86 and 85 (below) and could

possibly be the same owner (Stow). This is supported by Land Tax details for James Stow and shows three occupants which match the total number of tenements for 85, 86 and 87 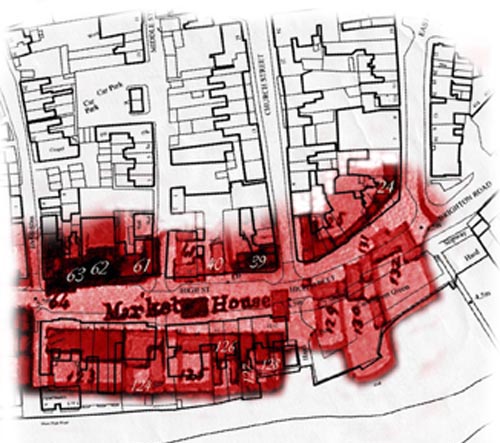 North side of High Street between East and Church Streets

Land Tax records also show John Innott as being the owner and occupier of the ‘cellar under High Cage’ The name ‘High Cage’ derives from the name for a brazier on the end of a boom used for guiding ships into dock.

North side of High Street between Church and Middle Streets

North side of the High Street between Middle and John Streets

(Re.124 – there are two entries in the schedule for this same number. The second one (ii) may be in part a duplication as it has subsequently been deleted but both are included here as there are differences between the two) 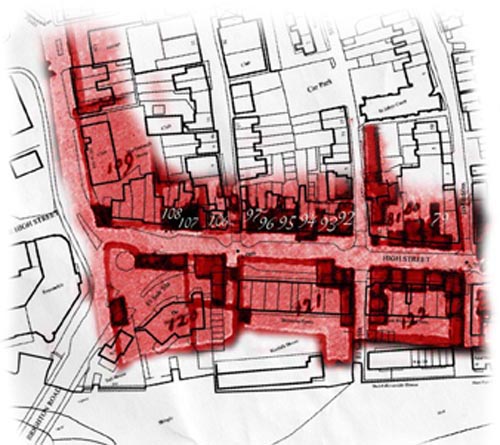 North side of the High Street between John and Ship Streets

North side of the High Street between Ship and West Streets 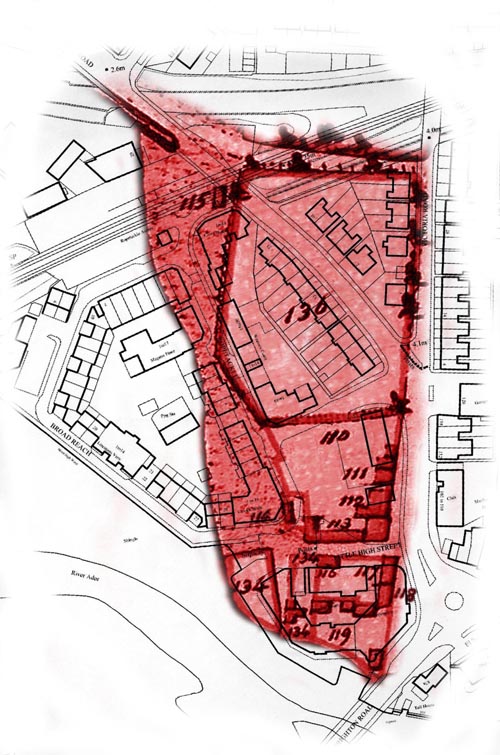 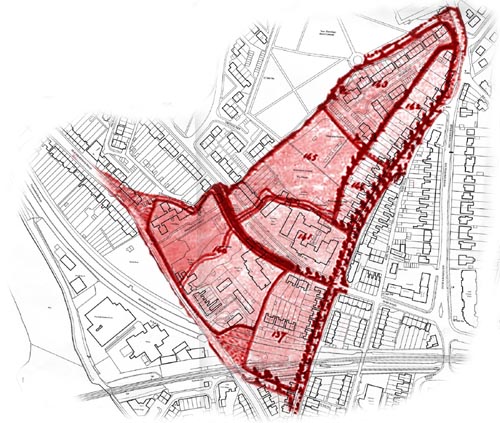 (A good example of how the original field boundaries are reflected by streets, even where the railway line has traversed fields e.g., 153) 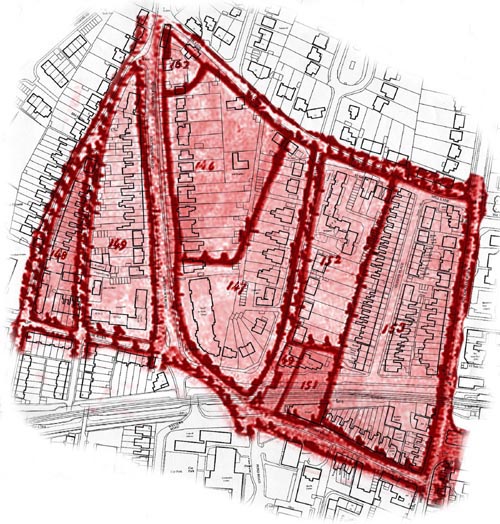 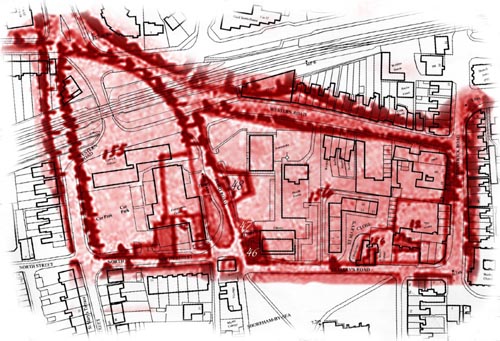