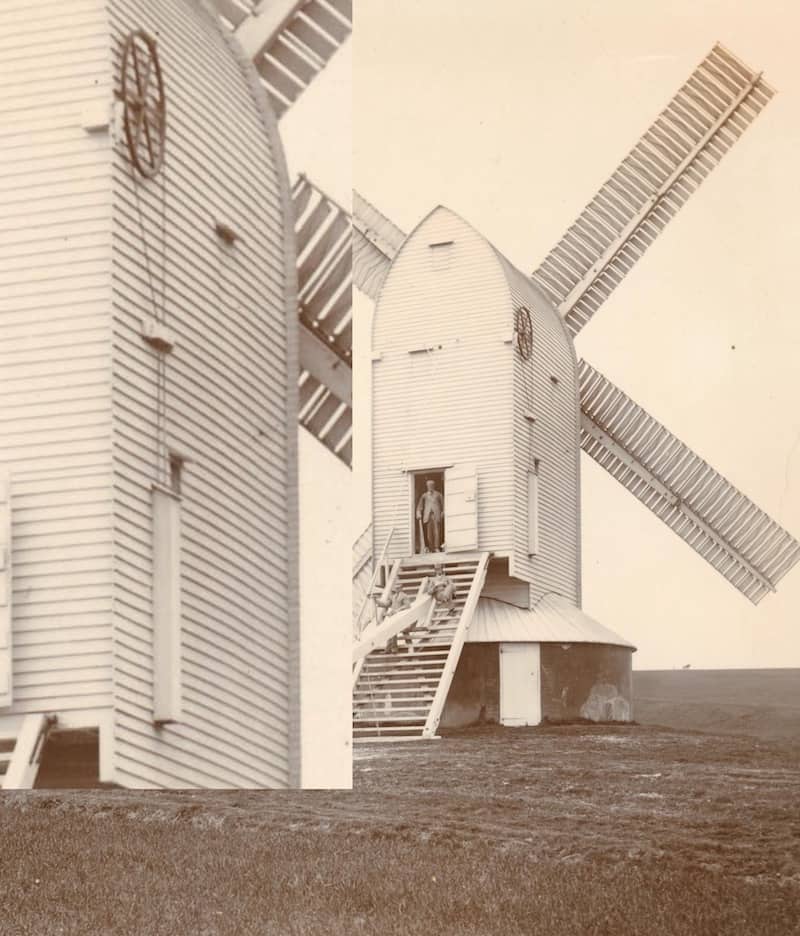 Shoreham millwright James Holloway is particularly well known for having invented the screw brake, a system that enabled the vanes of windmills to be slowed down gradually, thereby avoiding any damage caused by more sudden stops that occurred on conventionally operated mills.
He fitted one of his screw brakes on West Blatchington Mill (amongst others) but I had no record of him ever working on Lancing Mill. This is detail from a photo of the Lancing mill – is it part of the machinery to slow the vanes in which case I assume the chances are it was Holloway that fitted it?
https://www.shorehambysea.com/mills-millers-millwrights/

Not Holloway’s system apparently but a fascinating response from Peter James of the Sussex Mills Group:-
The wheel you can see at the back right of the buck is the ‘Striking Chain Wheel’ around which, there is a chain that goes down into a weight box (the long capped box below). There would have been access to this box within the mill and the miller would have a hung a weight on the chain. The striking wheel would be geared to the striking rod, probably via a rack and pinion. The striking rod ran through the centre of the windshaft and connected to a cast iron cross at the front. Linkages from this cross would connect all of the shutters in the sails. The linkages together with the cross are called ‘the spider’.