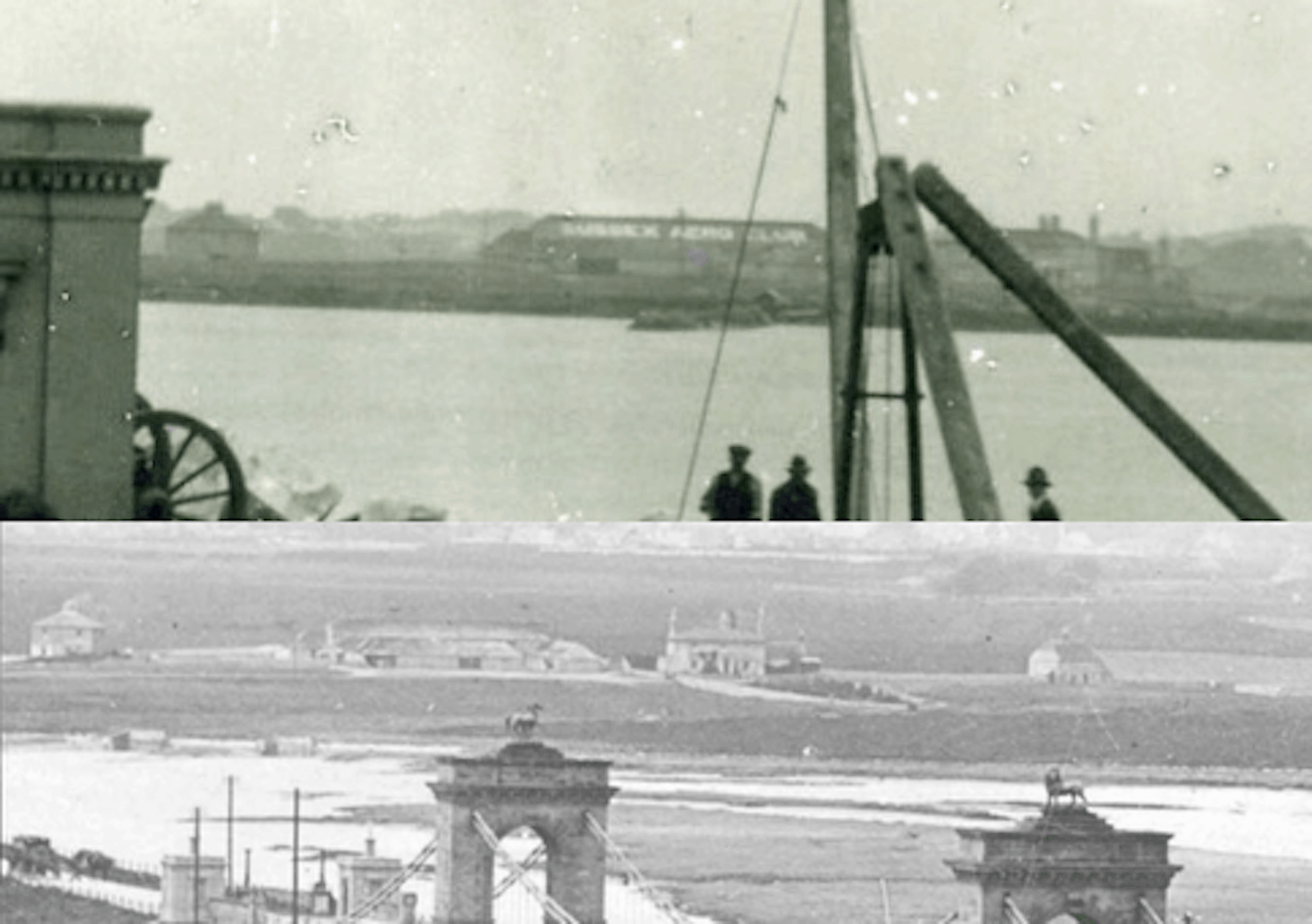 We’ve often seen views across the old suspension bridge to New Salts Farm and barn on the west side of the river south of the railway line but it wasn’t until discussing one image with Paul (Spinalman) that I realised detail from a 1922 shot of the suspension bridge being demolished (top photo) included lettering on the long barn ‘Sussex Aero Club.’ This was a bit of advertising by the owner of the aero club on the main airfield who rented that barn in Easters Field from the farmer. Shortly after, the barn and the field was rented by the Miles brothers to develop and fly their aircraft for a short while in the early years of their Miles Aircraft company before they moved to the north side of the railway.