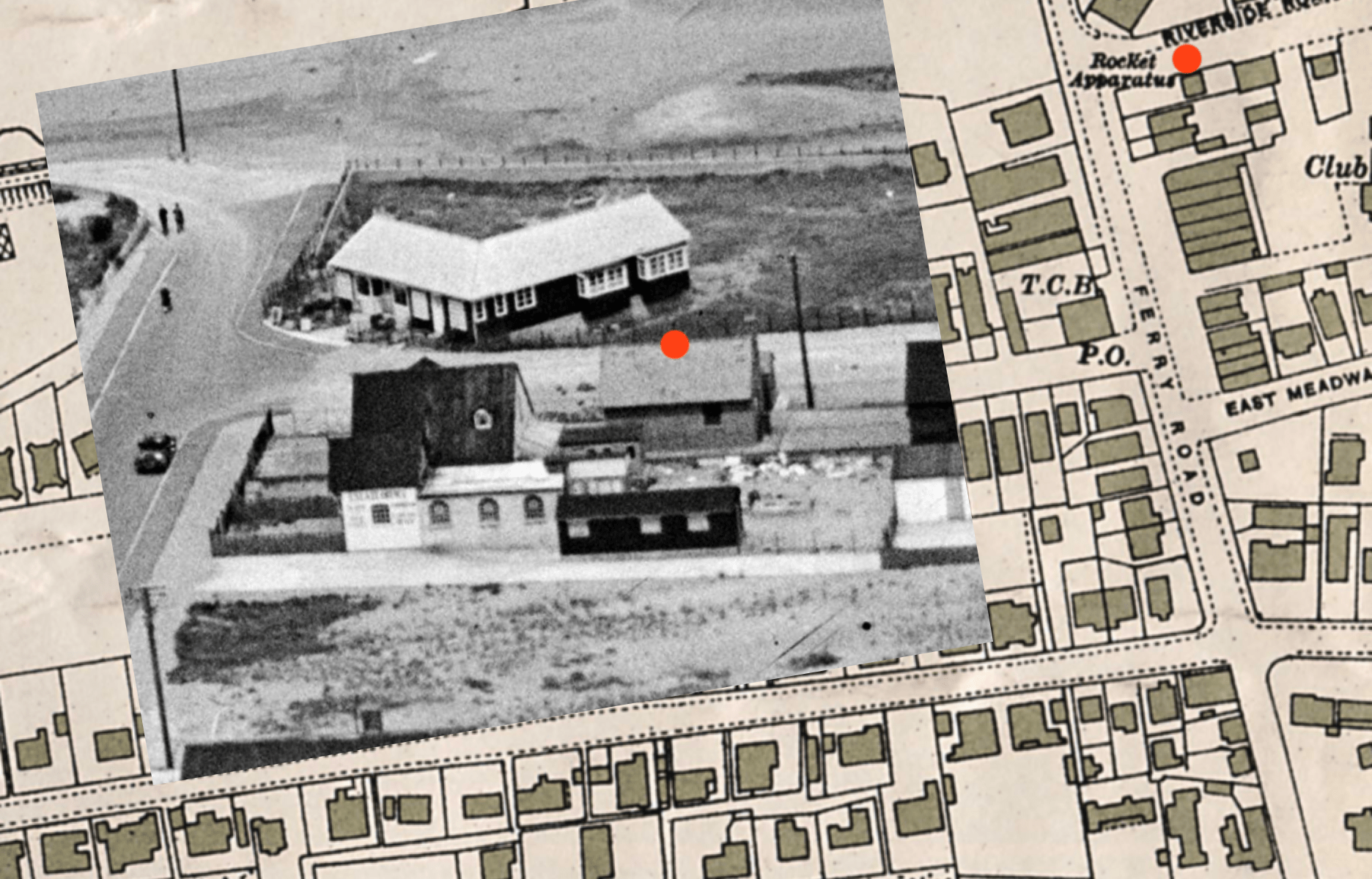 The large shed(s) or small building(s) marked on the 1931 OS map as ‘Rocket Apparatus’ and with a red dot on the photo, apparently also contained other lifesaving equipment such as lines, breeches-buoys etc., Following the coast from Lancing to Seaford on maps for the same year and earlier faithfully record other coastguard cottages as well as Shoreham’s but don’t seem to show any further references to rocket apparatuses. Why is Shoreham’s the only one to be shown – weren’t there any others at that time? From a practical point of view why weren’t they stored closer to the sea?