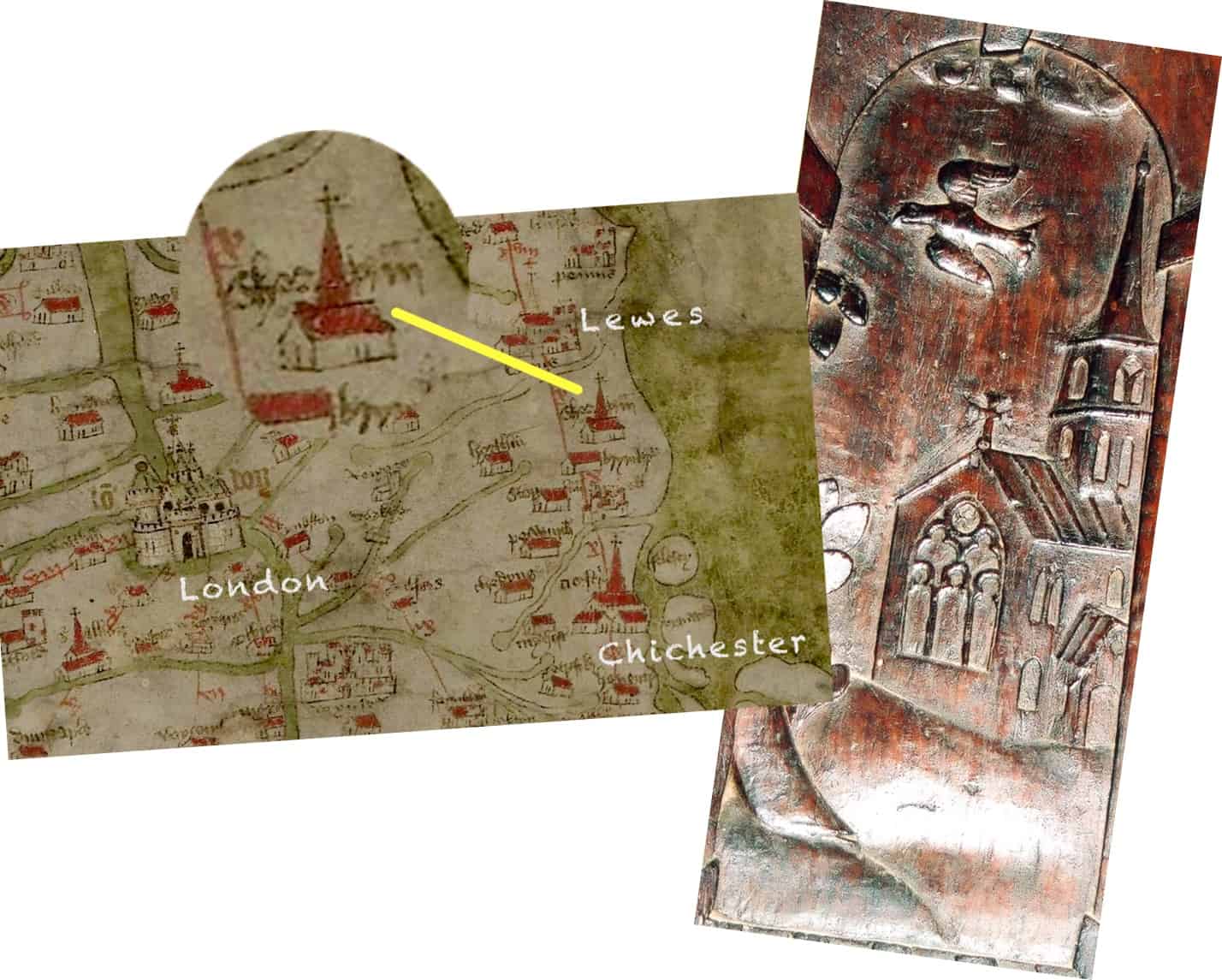 These images tend to support the view that it did:- Gough’s 1360 map, drawn when St Mary’s was just two hundred or so years old, and detail from the panel of a 17th century chimney piece in Marlipins Museum (photo Giles Standing). The carving was believed by some to be ‘an inexact but legitimate representation of St Mary’s Church with its nave intact (and spire)’ (Salmon 1903: 237) but many dispute this, quoting a lack of of any evidence of a spire at all in the known records and that the carving was simply a stylised representation of a church in the early 17th century. The same argument is put in the case of the 1360 map.

One Reply to “Did St Mary’s church ever have a spire?”