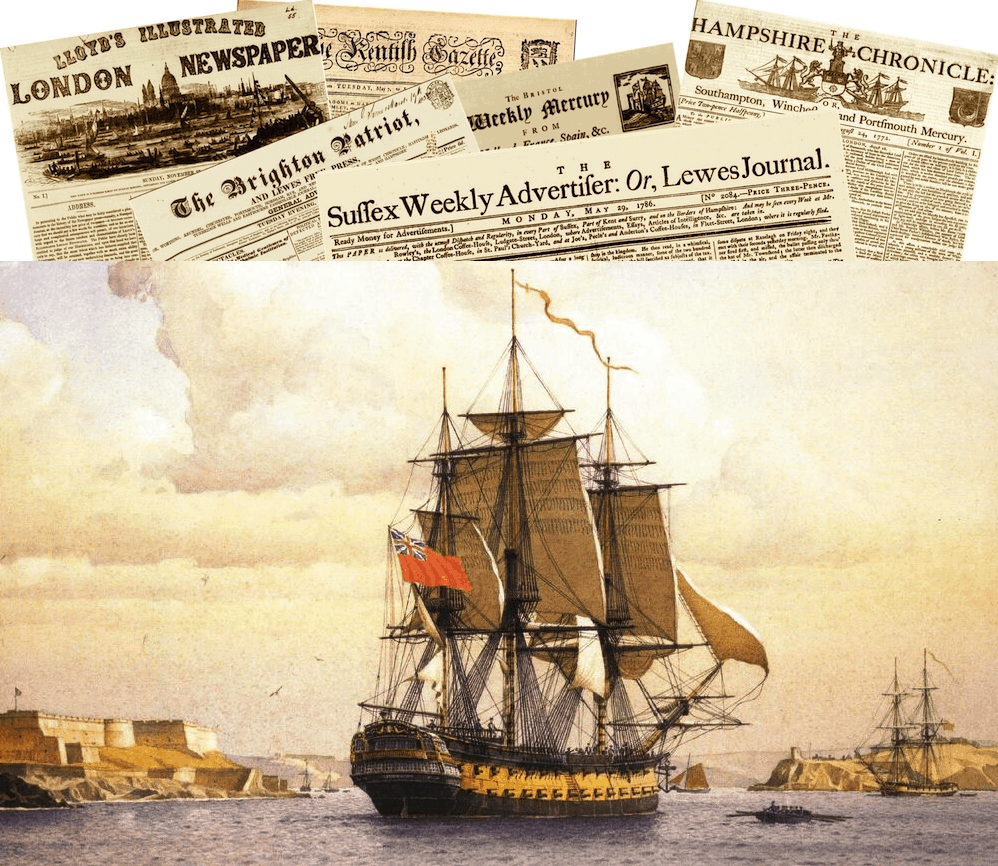 Glimpses of life in Shoreham two hundred years and more ago as provided by 18th and 19th century newspaper reports that we’ll be including over the next few days. Horse races and shooting matches held in the Sheep Field at Old Shoreham, punch-ups in the High Street, speeding dog-carts that terrorized pedestrians, murders, suicides, the town’s involvement in the naval war against France, smuggling, cricket matches and ships built in Shoreham that we hadn’t known of before.

A thresher shark seen in the harbour pursuing mullet in 1823; complaints made because post to and from Brighton, Worthing and Shoreham took more then a day (1836); the Royal Sovereign pub in Middle Street was originally named the Salmon Arms (1848). Another report (1825) of the manning of Shoreham’s blockade cottages (on Shoreham beach) shows that after the Napoleonic Wars sailors from the ship HMS Hyperion, stationed then at Newhaven, were re-used as blockade men to combat smuggling rather than sign off too much of the Navy’s manpower.