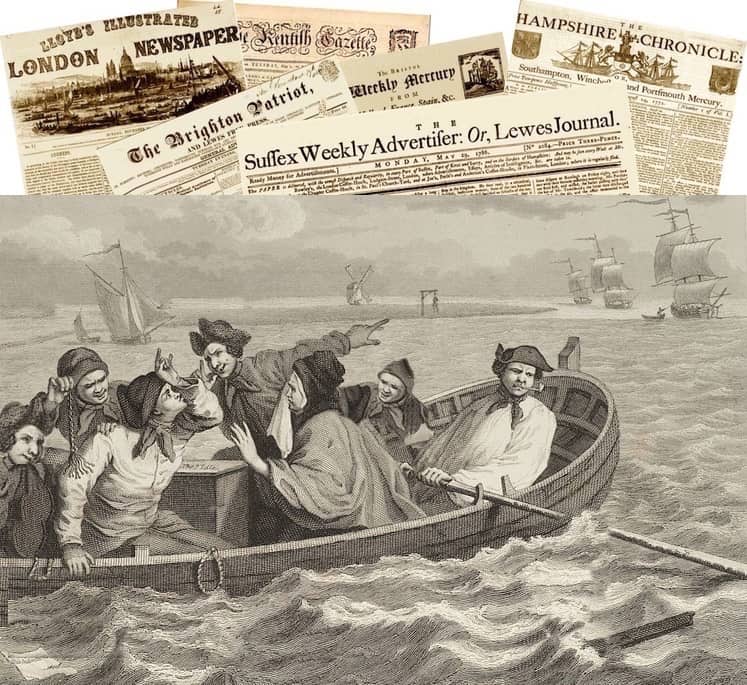 escape in a boat and rowed for 24 hours all the way across the channel, luckily in a calm sea as their small boat was so heavily laden there was only six inches from the water line to the gunwales. They survived that only to be taken by the press gang as soon as they reached the Sussex coast. It gets worse – another man they confided in used the information to claim the bounty for each of the seven thus depriving them even of taking the option of ‘volunteering’ for the Navy and claiming their own bounty for themselves.

They were all put on board a naval tender at Shoreham containing other impressed men. On leaving the harbour for the guardship ‘Conquistador’ the impressed men overpowered the crew and some managed to escape ashore in the tender’s boats.  Of those, sixteen were recaptured leaving twenty-four that escaped.  Did the Irishmen make it too? With their luck you can’t help but doubt it!

One Reply to “Life in 18th and 19th Century Shoreham”