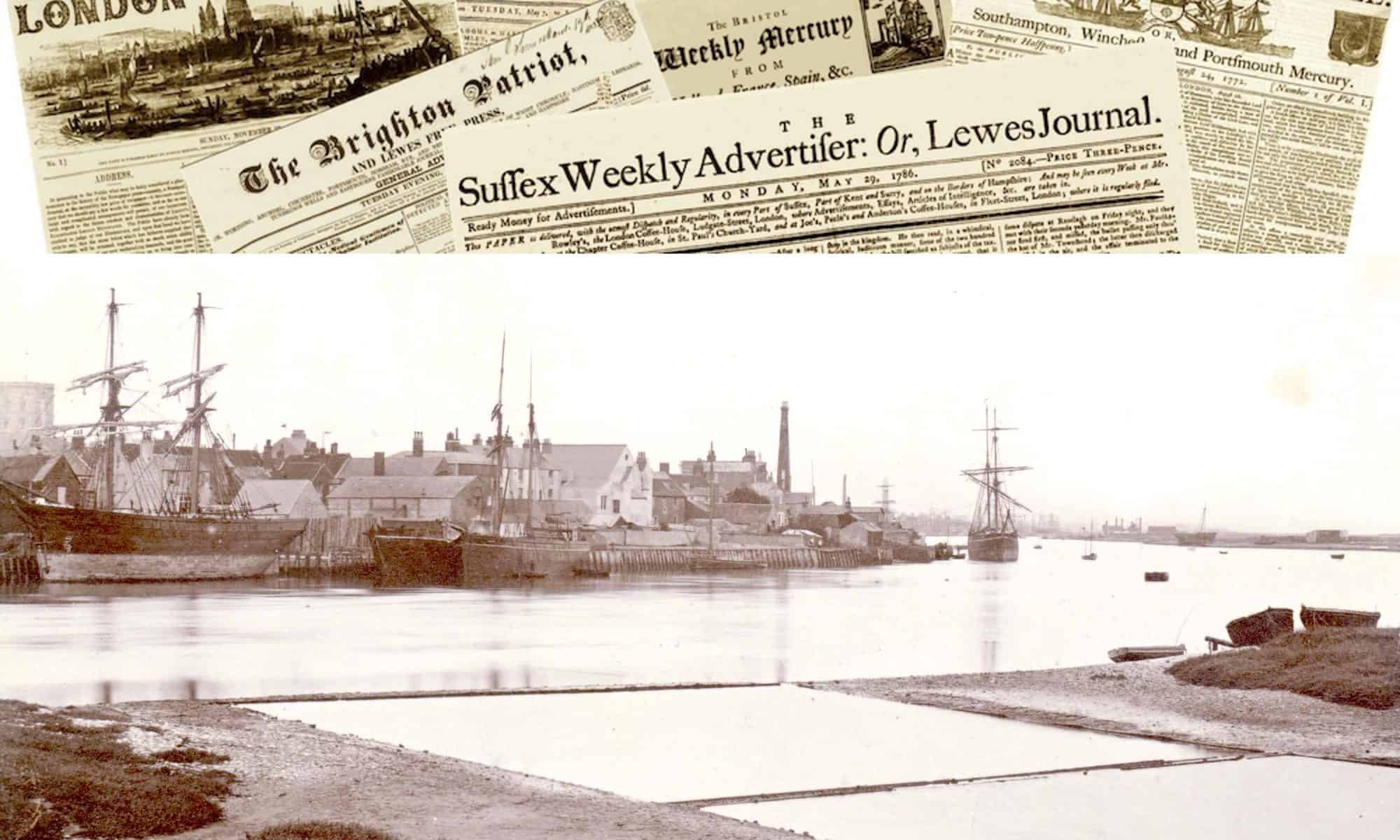 In 1826 a Shoreham oyster merchant demonstrated a great deal of ingenuity in solving one particular crime. Owner of one of the oyster beds in the river that had suffered a series of thefts of his stock he suspected a fellow trader. At low tide he wrote his name on a number of scraps of paper, inserted them between the half open shells that the oysters instantly closed. Next day he purchased and opened oysters from the suspected man, found the scraps with his name and the man was arrested.