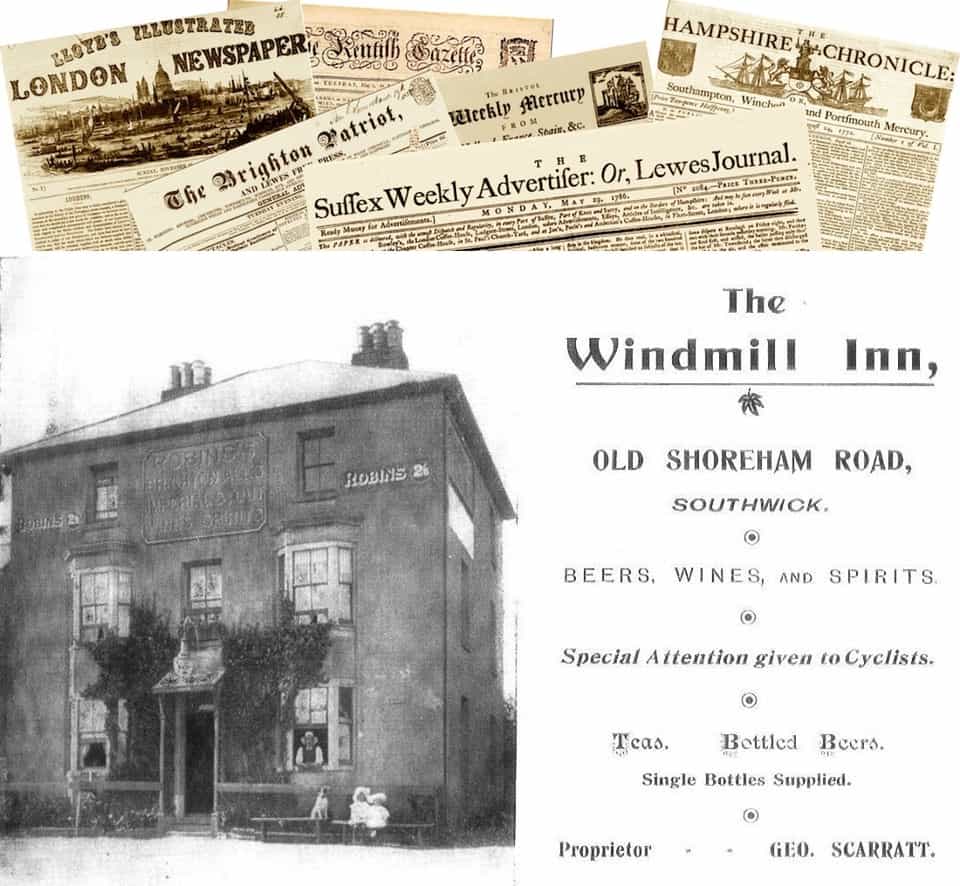 Shoreham’s home-grown justice was also used for other offences. In 1799 the miller at Southwick windmill was prosecuted for selling flour deficient by 5lbs in the hundredweight. This so incensed the populace at Shoreham (to whom he apparently sold his flour) that they ‘exhibited the miller in effigy about the streets’ then burnt it on a bonfire. Another man was known to have ill-treated his wife (1848) so some 200 townsfolk paraded through town carrying an effigy of the offender on a pole ‘chanting some doggerel rhyme,’ marched to his house in the High Street, let off fireworks and burnt his effigy in front of him.