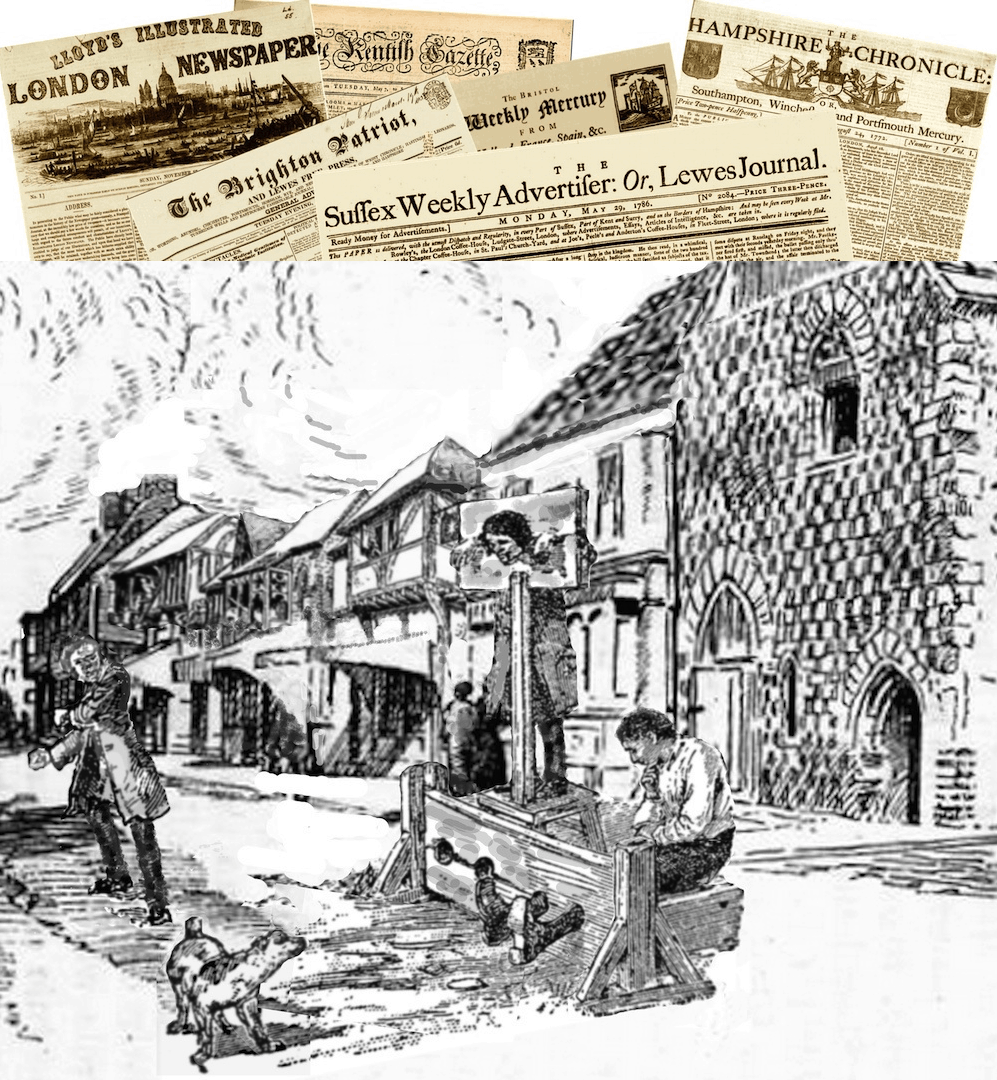 Punishment for criminal offences was very harsh. In Shoreham stocks were still being used for lesser offences well into the 19th century. The thief who stole goosebarries from Barruch Blaker’s garden was ordered to receive ‘a good whipping through Shoreham’ administered by the parish constable (1819); a number of months’ hard labour was the sentence for minor theft and other misdemeanours; John Hindess received six months hard labour for keeping a brothel (1842); John Banks was found guilty of stealing a cow (1823) and after attempting to escape across the river near the Pad was re-arrested and later executed; John Baldock of Shoreham also received the death penalty for burglary 1838; Charles Packett was convicted of stealing one of John Glazebrook’s sheep (1838) and sentenced to be transported to one of Australia’s harshly run penitentiaries for ten years – all this at the time an increasing number of emigrants had been voluntarily sailing from Shoreham for a new life in that country and Canada (1832).