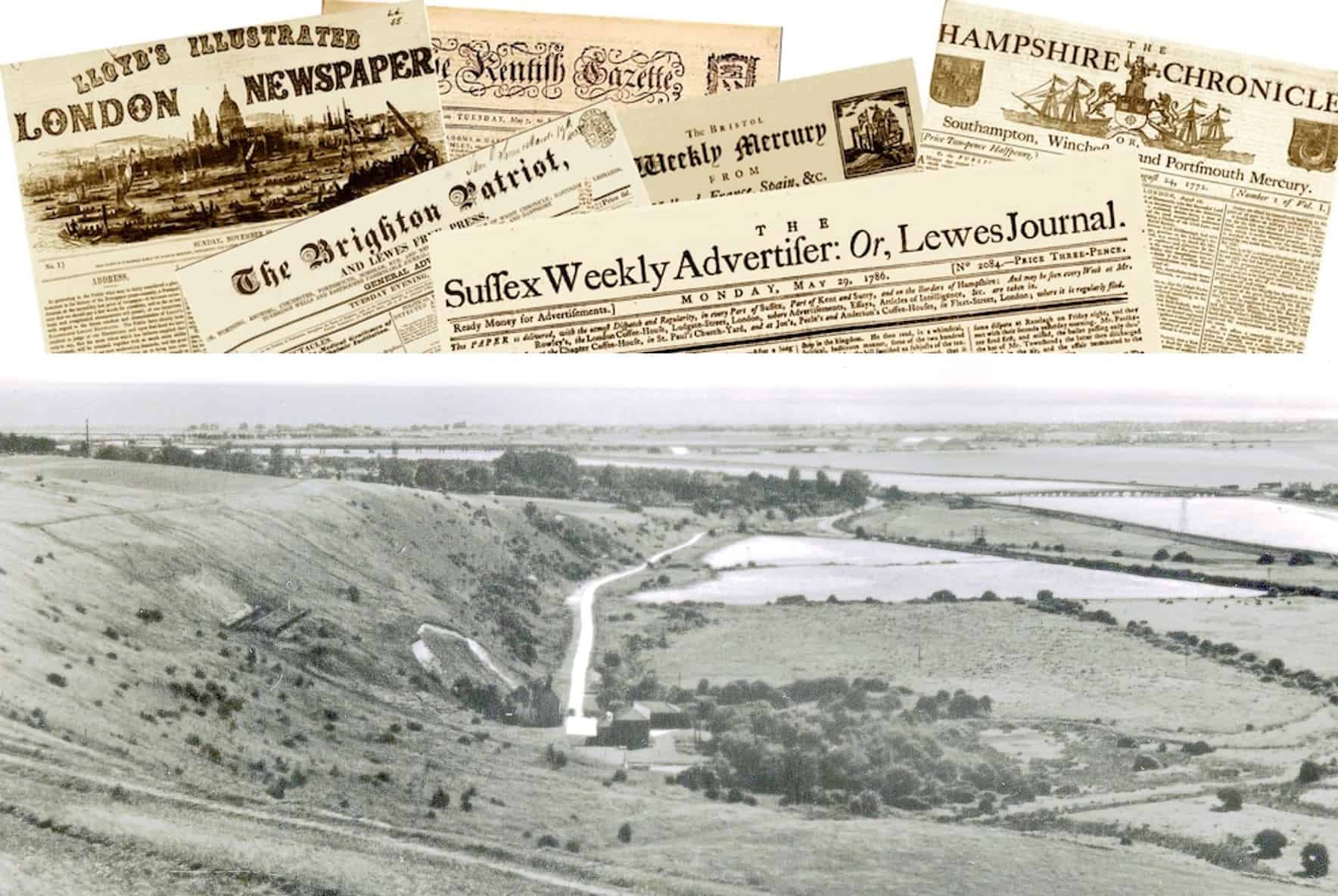 Ideas that never happened:- John Vallance with Mr. Ricardo submitted proposals, and received approval for, an atmospheric, cylinder railway ‘for the conveyance of passengers and parcels’ to be constructed between Shoreham and Brighton (1827).

In November 1856 the Hampshire Advertiser revealed that a company was formed to build a ship canal from Shoreham to London. The idea was to reduce the £200 or so shipping costs to transport cargoes on the circuitous voyage around the coast to the capital but it seems the rapidly developing rail network across the country and the goods sidings at Kingston Wharf provided an even cheaper option

… and two that did:- In February 1857 following a survey it was proposed that the town would have its own water works built to take water from a spring behind Old Shoreham – the two houses north of the Red Lion on the Steyning Road once belonged to the Shoreham Water Works to accommodate employees. A new road was proposed in February 1807 to be built between Steyning and Shoreham ‘to avoid the dangerous hills of Beeding’ that was then the only route on the east side of the river up Mill Hill and along to Upper Beeding. The road was to branch off at the Beeding Bridge alongside the east of the river almost to the Toll Bridge where it was to turn off north of Adur Lodge then down to join the higher Brighton Road (now the Upper Shoreham Road). The eventual road didn’t seem to quite follow that exact route at the Beeding Bridge end but initially it did go round north of Adur Lodge and the rest is more or less as we know it today.

(photo – the waterworks, centre, looking south toward the Toll Bridge and Railway Bridge beyond).