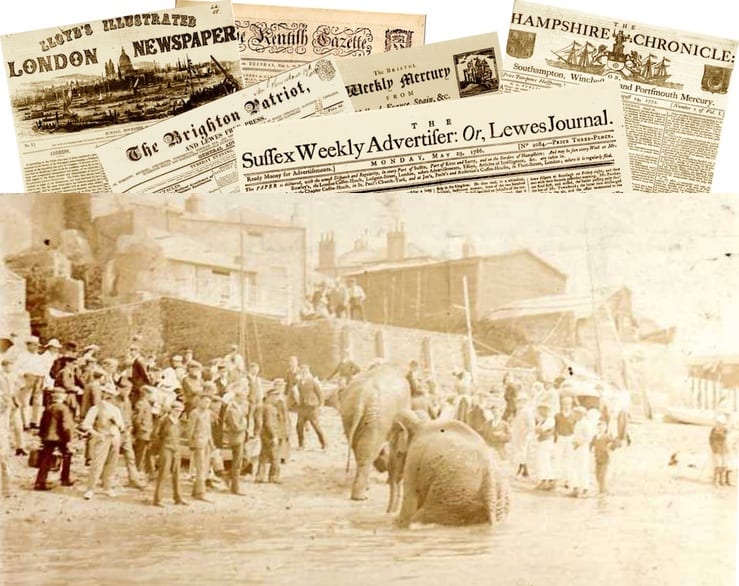 The Morning Post of 12th May 1856 reported that at the Court of the Exchequer a local farmer named Akehurst amongst others was prosecuted for smuggling seven tons of tobacco totaling in value £2,686. The schooner ‘Navigator’ had arrived in Shoreham during August of the previous year with a supposed cargo of cement stone and tied up at the Custom House quay. Bales of tobacco had also been secreted amongst the stones, offloaded into a barge and taken up river to the chalk pit at Beeding where the cement works are now and dispersed onwards up country. You have to wonder how all this was possible under the noses of the twenty or so customs men in Shoreham until you realise this was the very occasion that historian Henry Cheal described when complimentary tickets for a visiting circus had been given to the customs men to ensure their attention was occupied elsewhere!