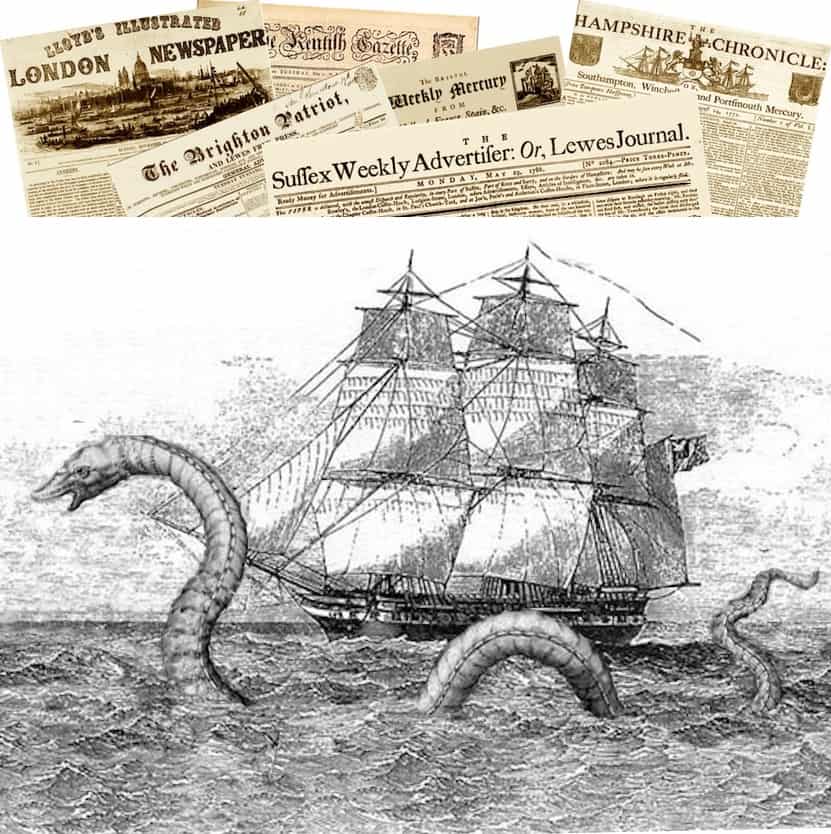 Don’t go in the water …. in April of 1856 Captain Guy of the ‘Imogen’ arrived at Shoreham from a voyage that took them through the Azores where, he stated, he and his crew saw a large sea serpent – “The creature was in view for a full 35 minutes …. and had the same appearance that I have before seen represented in drawings but without the hairy mane and more like a large conger eel. It was a full forty feet long above water and from the wake it left I would say sixty feet would not be an exaggeration.”

A report of 1851 complained that ‘the quiet of Shoreham is greatly disturbed by a lot of unruly boys, especially on Sundays.’ There was also friction between local boys and those from Shoreham College with frequent fights between ‘townsmen and gownsmen.’ The situation became so bad that it was often not safe for people to walk about Shoreham. In 1856 college boy John Allen brought a successful case against William Comber, George Burfoote and George Smart after they had struck him with bricks, sticks and stones.

Lancing College boys were involved in a tragic accident during June of 1858. Five of them were bathing at Applesham Creek, we know it now as Cuckoo Creek, but were overcome by the strong current. Two managed to make it to the river bank but the other three were lost to the river and only two of the bodies were later recovered.