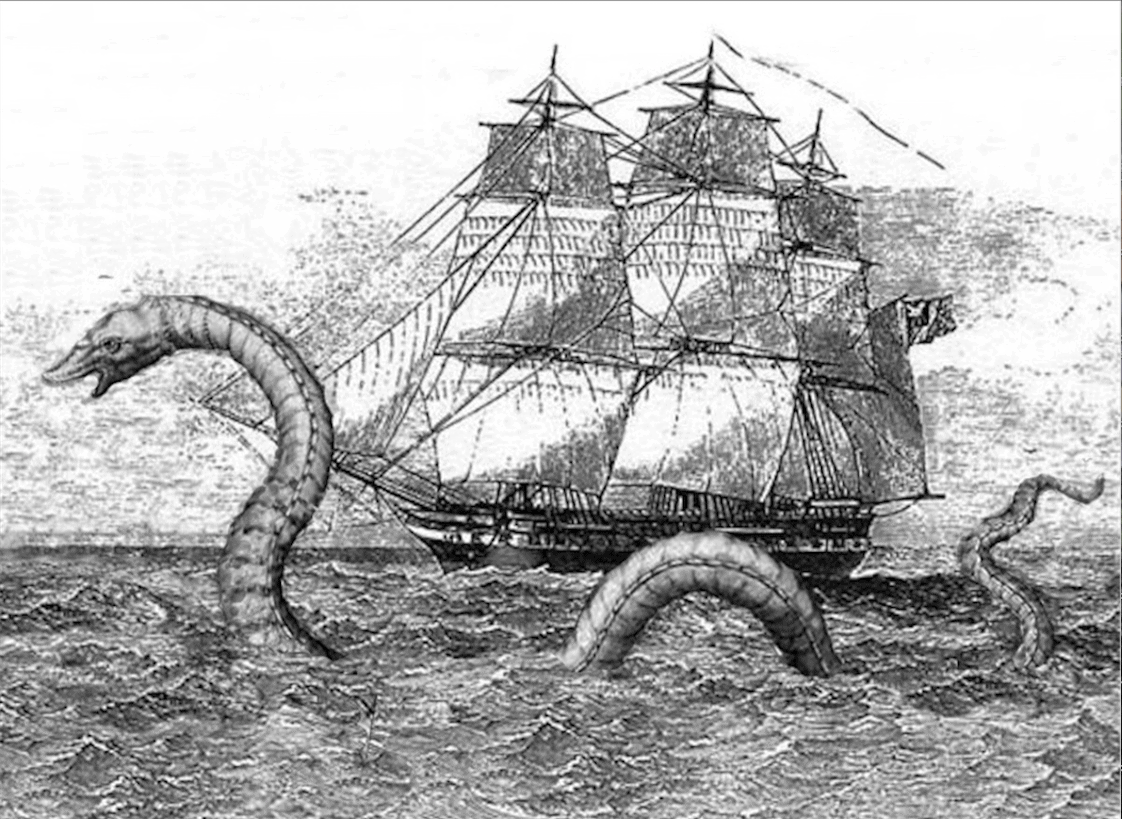 …. that in April of 1856 Captain Guy of the ‘Imogen’ arrived at Shoreham from a voyage that took them through the Azores where, he stated, he and his crew saw a large sea serpent – “The creature was in view for a full 35 minutes …. and had the same appearance that I have before seen represented in drawings but without the hairy mane and more like a large conger eel. It was a full forty feet long above water and from the wake it left I would say sixty feet would not be an exaggeration.”