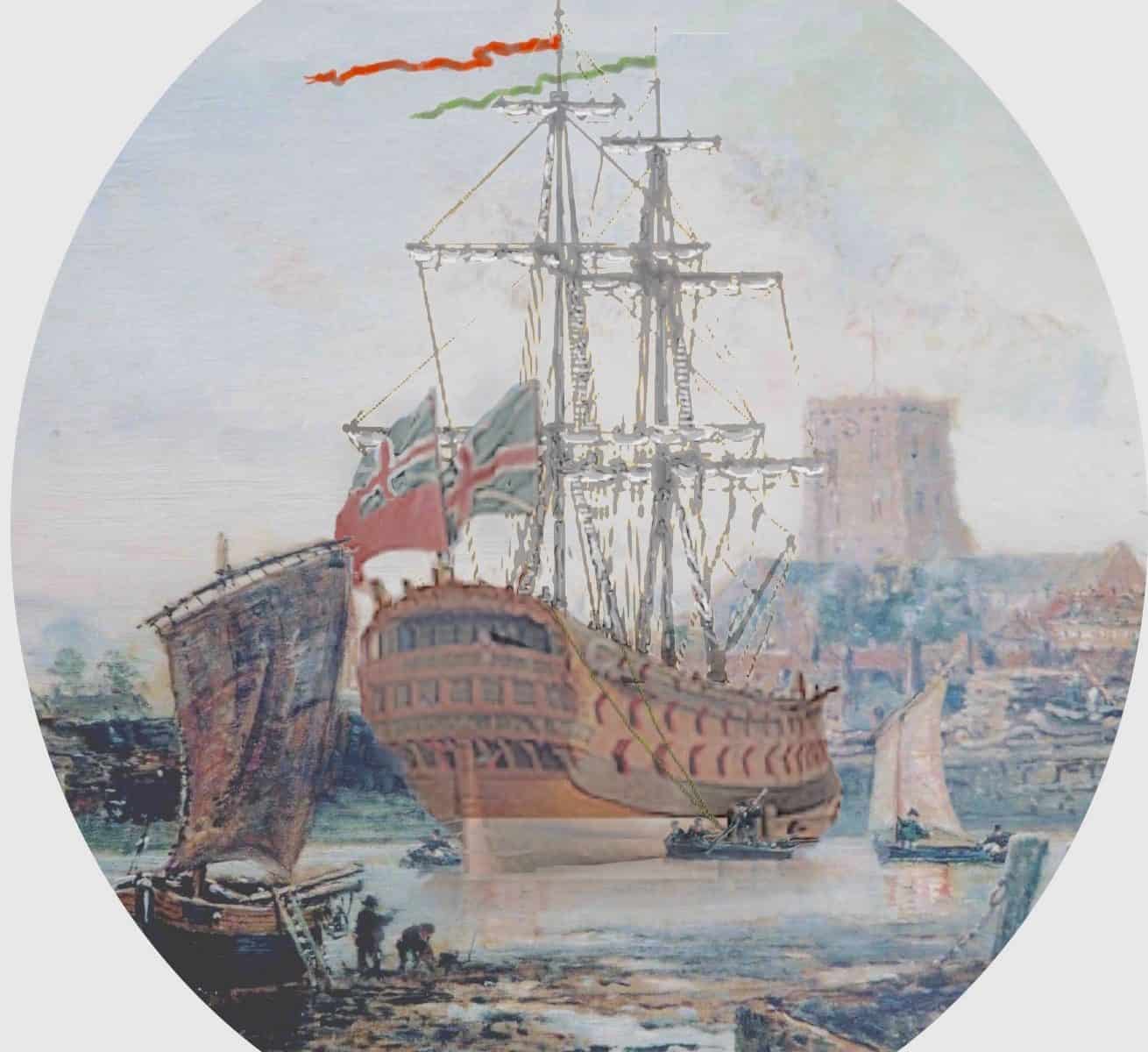 ….. at 533 tons, length 104 feet and armed with 48 guns HMS Dover was probably the largest vessel built at Shoreham for the Royal Navy. Launched in 1653 she saw action at the Battle of Lowestoft 1665, the Four Days Battle and St. James Day Battle  the following year, the Battle of Martinique 1667 and Battle of Solebay 1672. Her duties took her to the Mediterranean, Newfoundland and Ireland and during the 1690’s captured three French ships Lion Eveille, St. Antoine and Marianne as well as a privateer the Beaulieu.