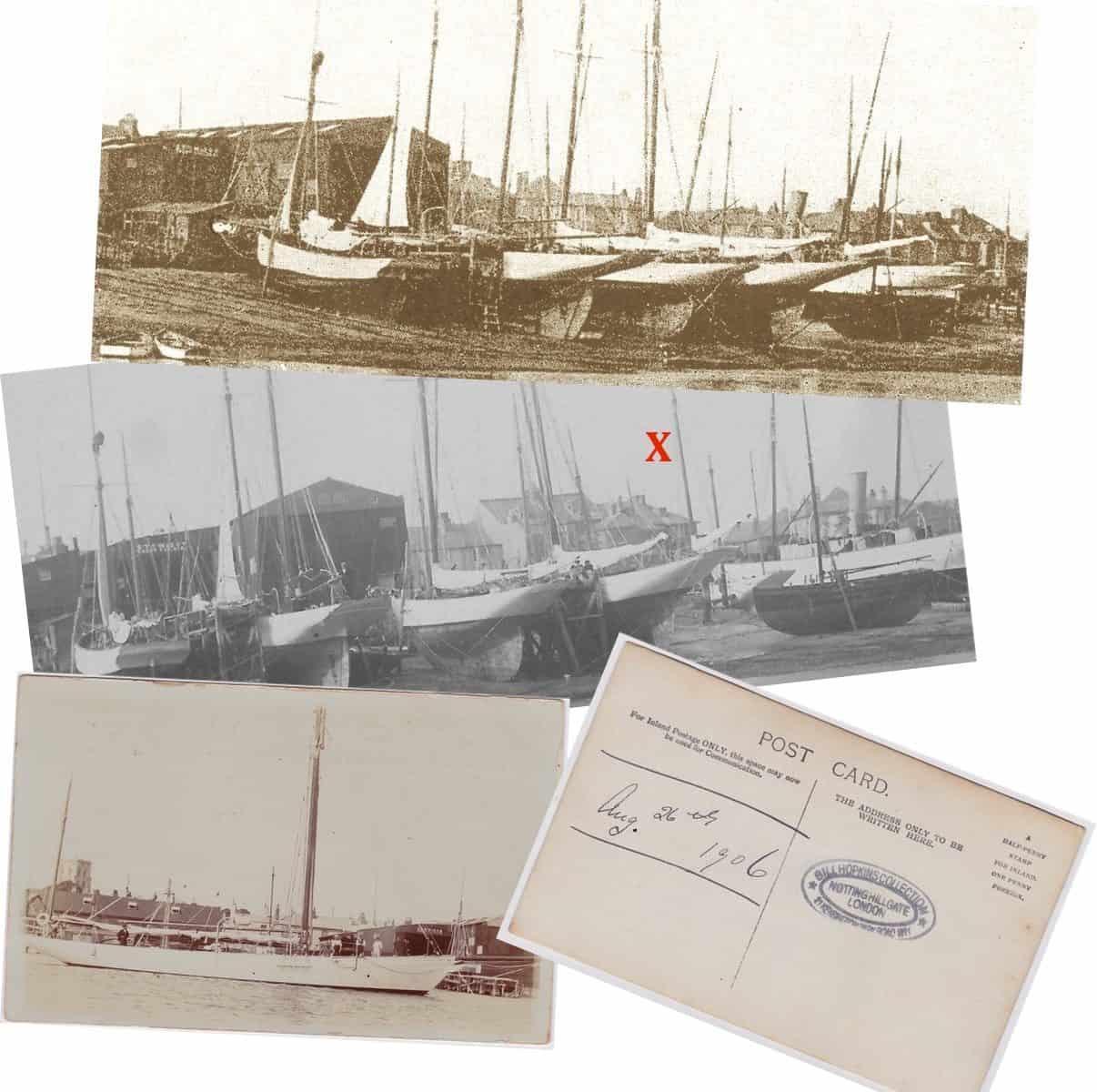 The two photos of Stow & Sons yacht-building sheds were almost certainly taken within a short time and distance of each other. There are a number of clues including the same yachts moored in front of the sheds but most significantly of all is the man working on one of the masts.
The large yacht below has been identified as the Rosalind built in 1904 by Stow but there is a date 26th August 1906 written in ink on the reverse. Built for owner Charles Hellyer and registered at Hull it voyaged widely but, significantly, Lloyds Yacht Registers record it returning to Shoreham for the vessel’s annual survey in 1906 and is likely to be the date of that photo.
Of all the photos we have of Stow yachts it is only the Rosalind that has a cranked, forward leaning mizzen mast so close to the stern. Amongst the vessels in the other photos the fourth yacht from the left also has a cranked mizzen mast (marked X) in a similar position and therefore more likely to be the Rosalind and of  a similar date.