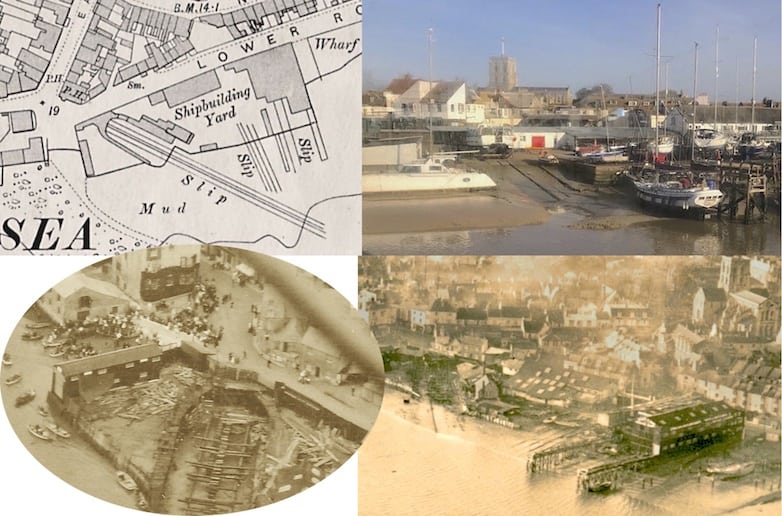 Until recently as you walked back to the town over the footbridge you could see the rails of a slipway in the grounds of the Sussex Yacht Club. Were these the remains of the 19th century rails in the last of Shoreham’s shipyards? It doesn’t seem so.  Maps show the original rails in Dyer’s Yard to have been at more of an acute angle to the riverside than the ones In the modern photo. The others to the right, also 19th century, were installed nearer to the time when the yachtbuilder Stow & Son ran the yard.