Some time ago Spinalman drew our attention to a late 19th century photo of what looked like upturned boat/ship hulls, presumably used as sheds, on the west side of Victoria Road opposite the point where Rope Walk meets Victoria. Looking through the 1927 ‘Britain from Above’ aerial photos I wondered if one of them still survived at that time. I don’t think it is but  Charles Edward Peak, left wing for Shoreham FC’s 1905/6 record breaking side and fruit grower owned the Southdown Nursery at the top of The Meads recreation ground (where the greenhouses are) and lived at the house shown side-on at the corner of the plot in question (then 16 Victoria Road, now number 77). It looks like a lovely little oasis in an encroaching sea of houses and may well have belonged to Peak as well. Other photos of the main entrance are also attached. 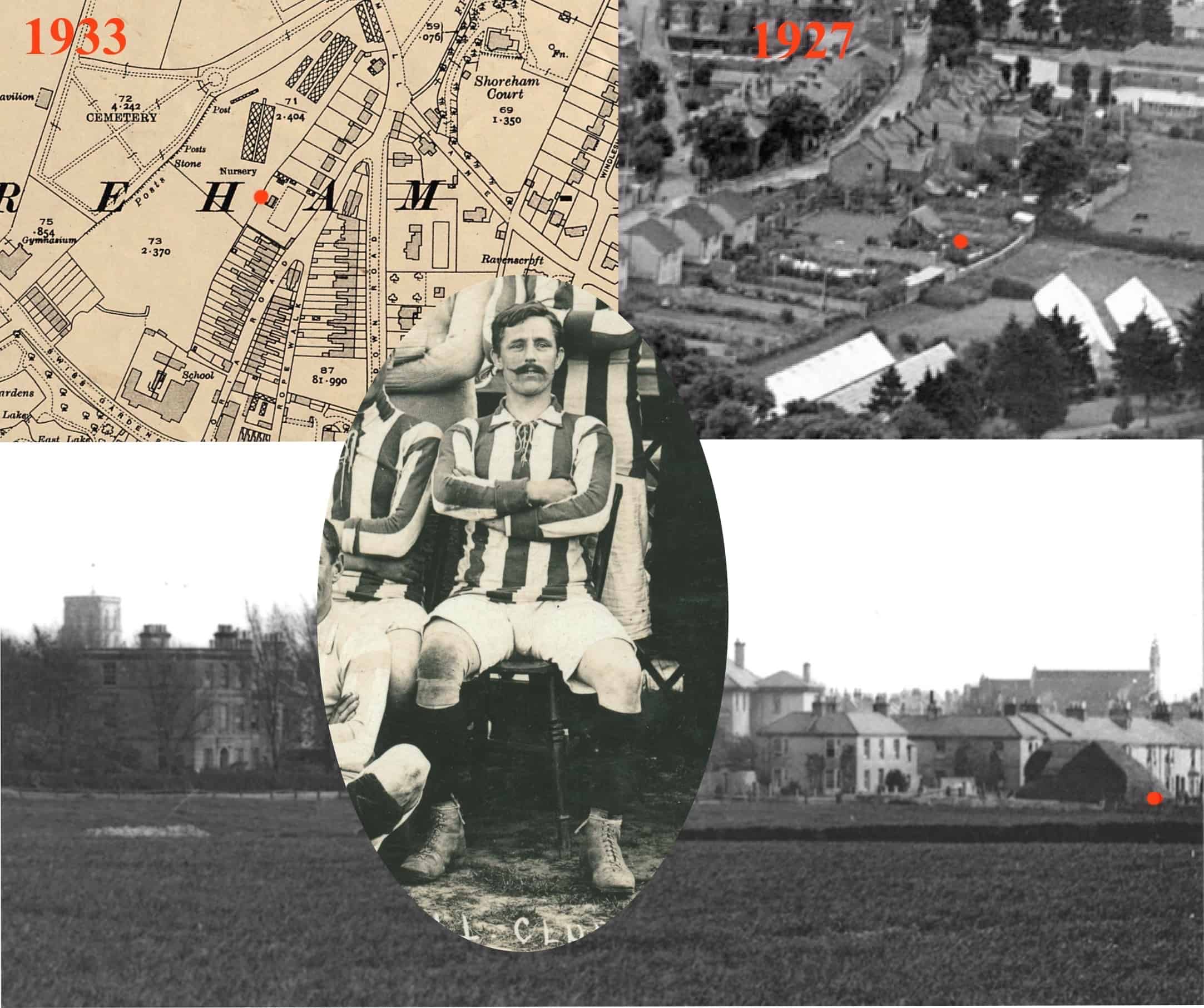 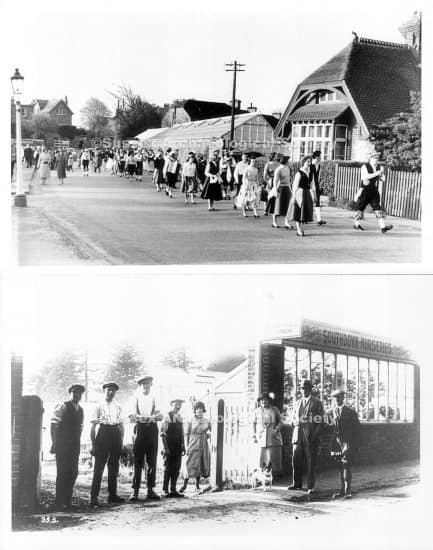