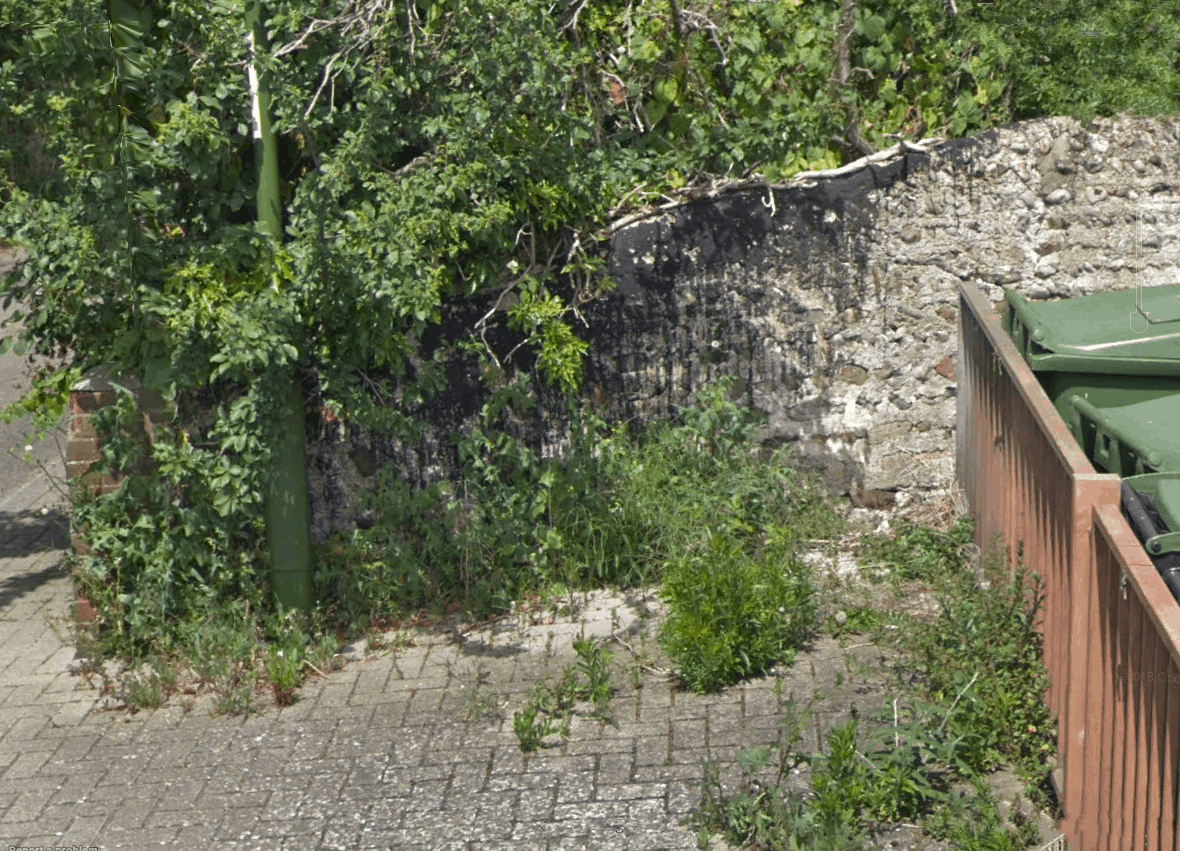 How long does dried tar last? History tells us it can be centuries. A few years ago they cut the cypress trees and undergrowth down on the north side of the catholic church car park and revealed spilt tar on the west end of the railway wall. Even after the railways came (1840’s) they continued to twist and tar the ropes under and through the bridge from West Street to the top of Ropewalk and still laid out their tarred sails to dry up until the 1880’s.

They used Stockholm tar, a clearish amber colour, very slow drying and kept supple on ships’ ropes and sails  by continuous reapplication but, apparently, when it does eventually dry it turns black. Is this a century (and a bit) evidence of that industry where brushes were wiped of excess tar? Sadly I doubt it – probably more like an accident by a clumsy worker during the tarmacing of the church car park I guess.