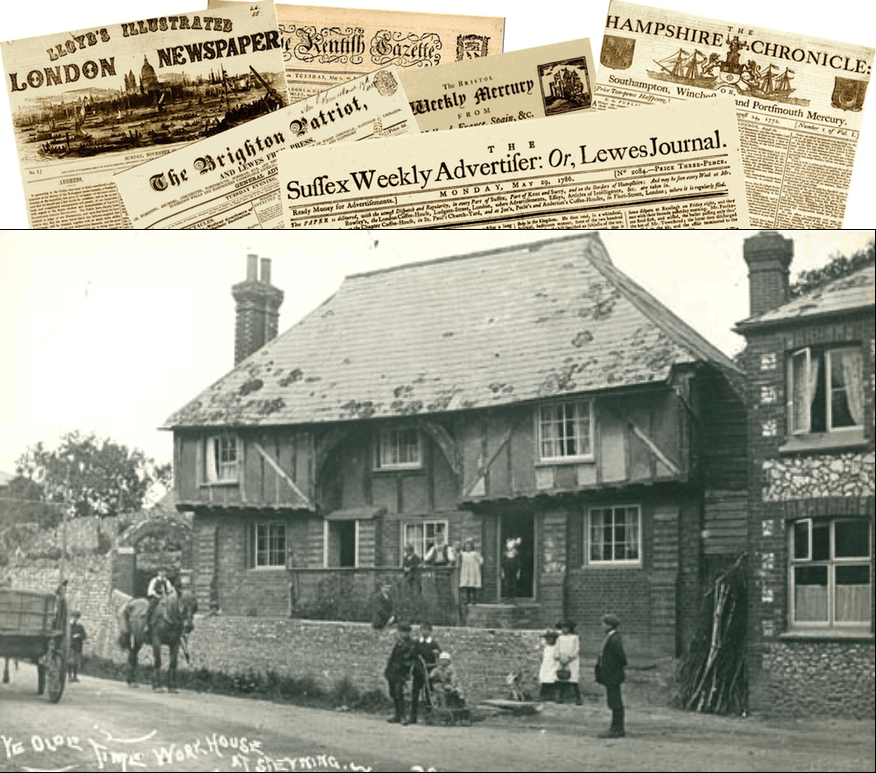 Crime seems to have been a particular problem for Shoreham. With a population then of just 1,000 it seems a disproportionate number of crimes were being committed prompting the correspondent of one report to suggest that the fortnightly Petty Sessions at Steyning should be held on alternate weeks at Shoreham – and they were!

With the formation of the Steyning Union in 1835 it was intended that the inmates of the workhouse at Steyning be moved to the newly built accommodation at Ham Road, Shoreham. It seems initially though that the inmates mistakenly believed the overseers intended to split families up with husbands and wives going to Henfield workhouse, children remaining at Steyning and the old men to Shoreham. The overseers from Shoreham were called to Steyning to read the orders but were then felt sufficiently threatened to summon the Dragoons from the Brighton barracks. Needless to say the main protagonists were sent to prison. General opinion though was that the overseers didn’t come out of things very well, including Shoreham’s W. Tate, Chairman of the Guardians whose hard-nosed attitude prevented the inmates from having the full implications of the situation explained to them in the first place.