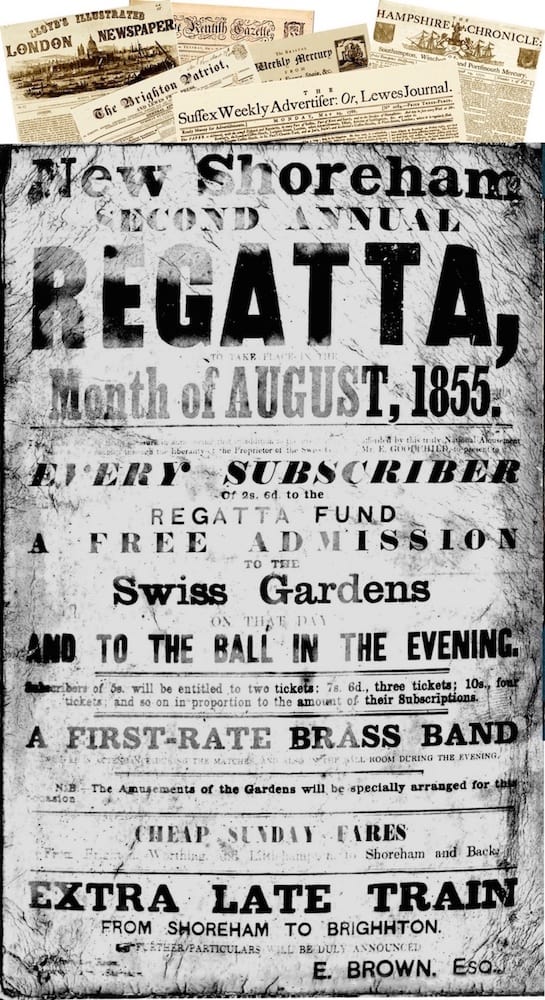 The first ever Shoreham regatta took place in 1854 but only the second one seems to have been reported (August 1855).  An occasion involving sailing and rowing boat races only (the associated carnivals didn’t happen until later) the events starting at the Custom House quay then down to Kingston and back. The occasion drew 3,000 spectators and was followed by a fancy dress ball at Swiss Gardens.