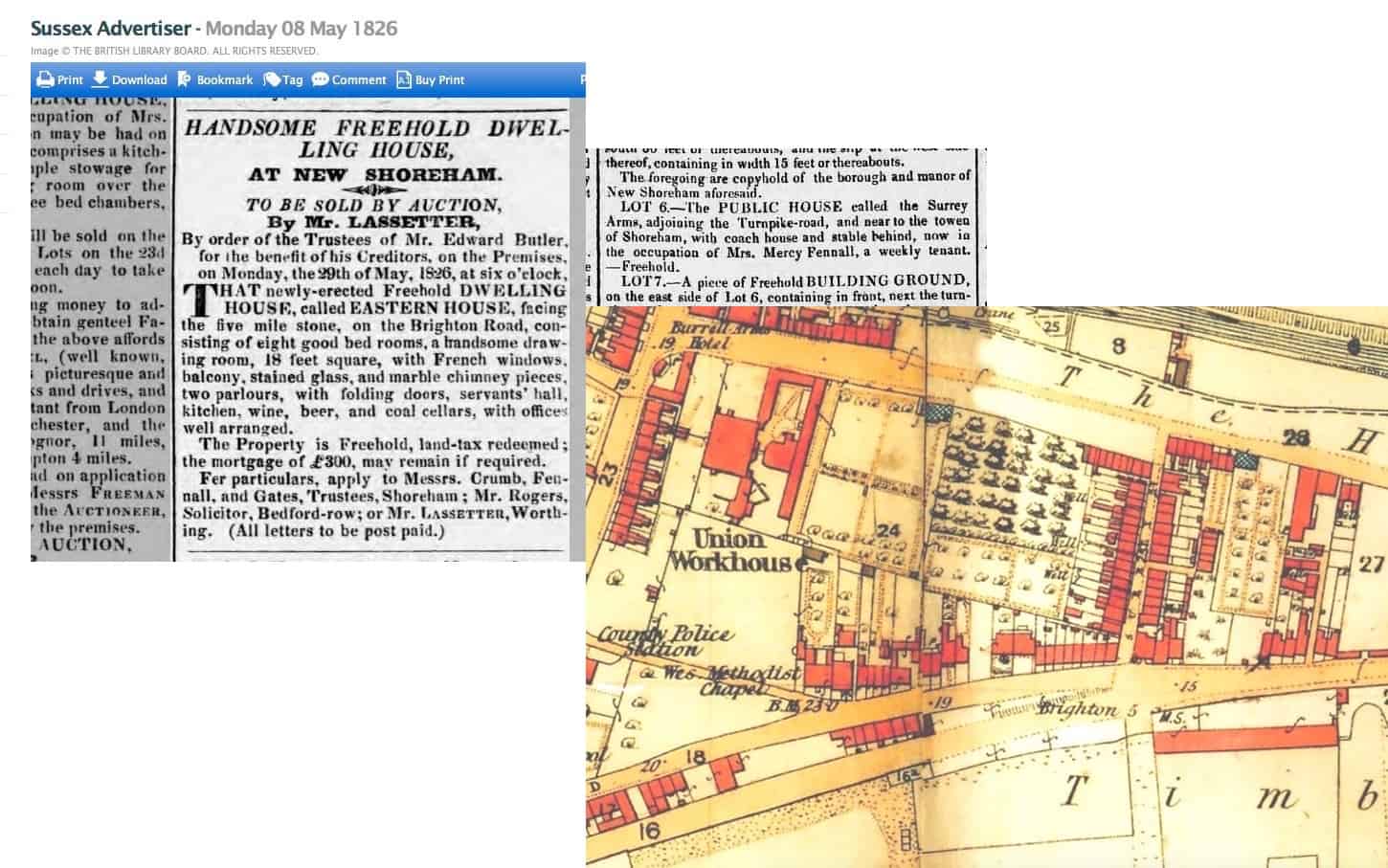 Identifying the location of this building advertised in 1826 prompted a look at the old Ordnance Survey maps to find where the five mile stone was (five miles from Brighton) on the Brighton Road. Turns out to have been the Surrey Arms – originally known as Eastern House a later advertisement shows it to have had eight bedrooms!