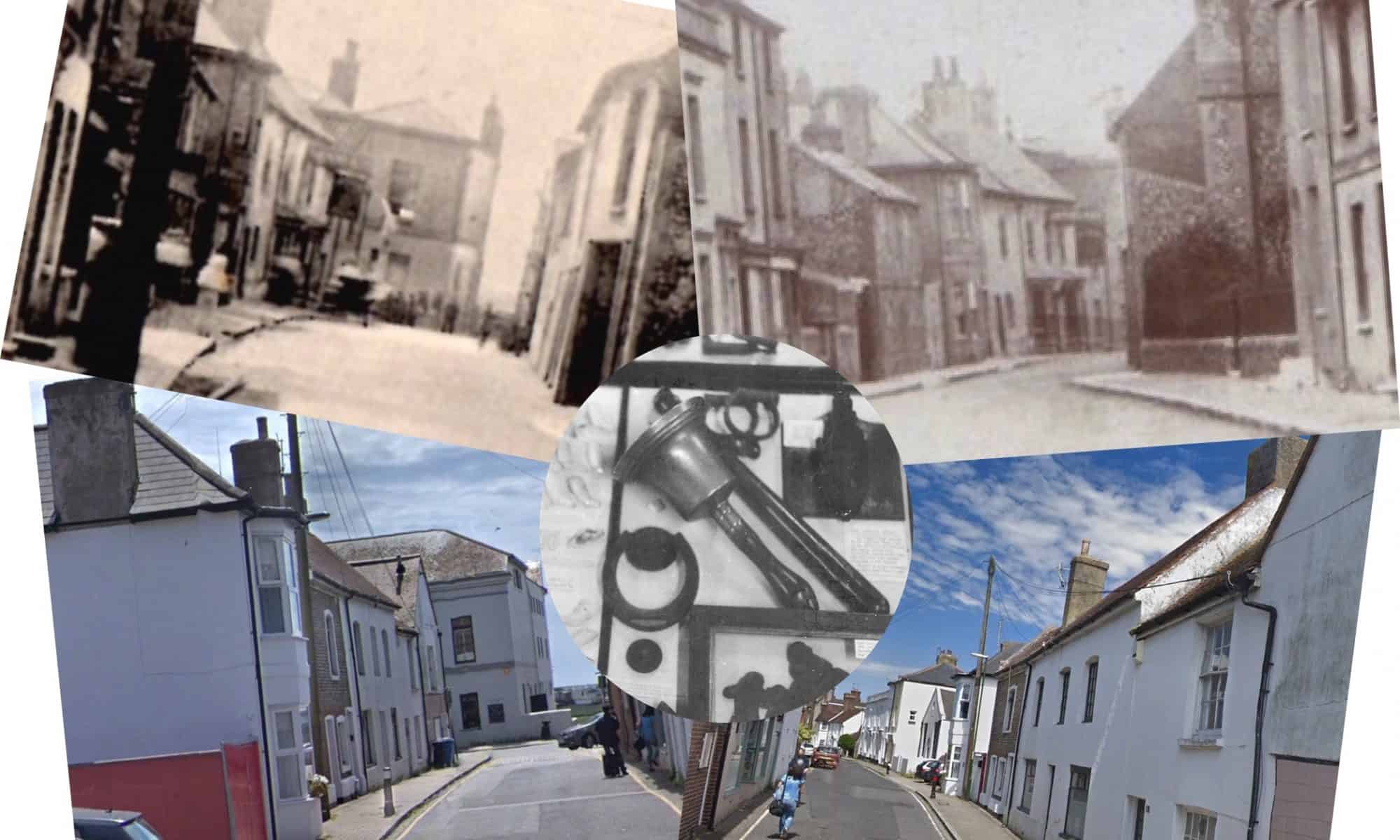 One of Shoreham’s lesser known pubs was The Crier’s Bell in John Street. A substantial, double-fronted building it was given its name by James Chapman, the last official town crier and  landlord of the pub in the 1850’s and who’s handbell still survives in the safekeeping of Marlipins Museum.

I’ve never seen a detailed photo of it but have managed to dig up two early 1900’s images from our website. They only show it in the distance but enlarged copies do give more of an idea that surprisingly show two bay windows encroaching on to the pavement and something of an overly large pub sign.

The building still exists albeit without its bay windows.