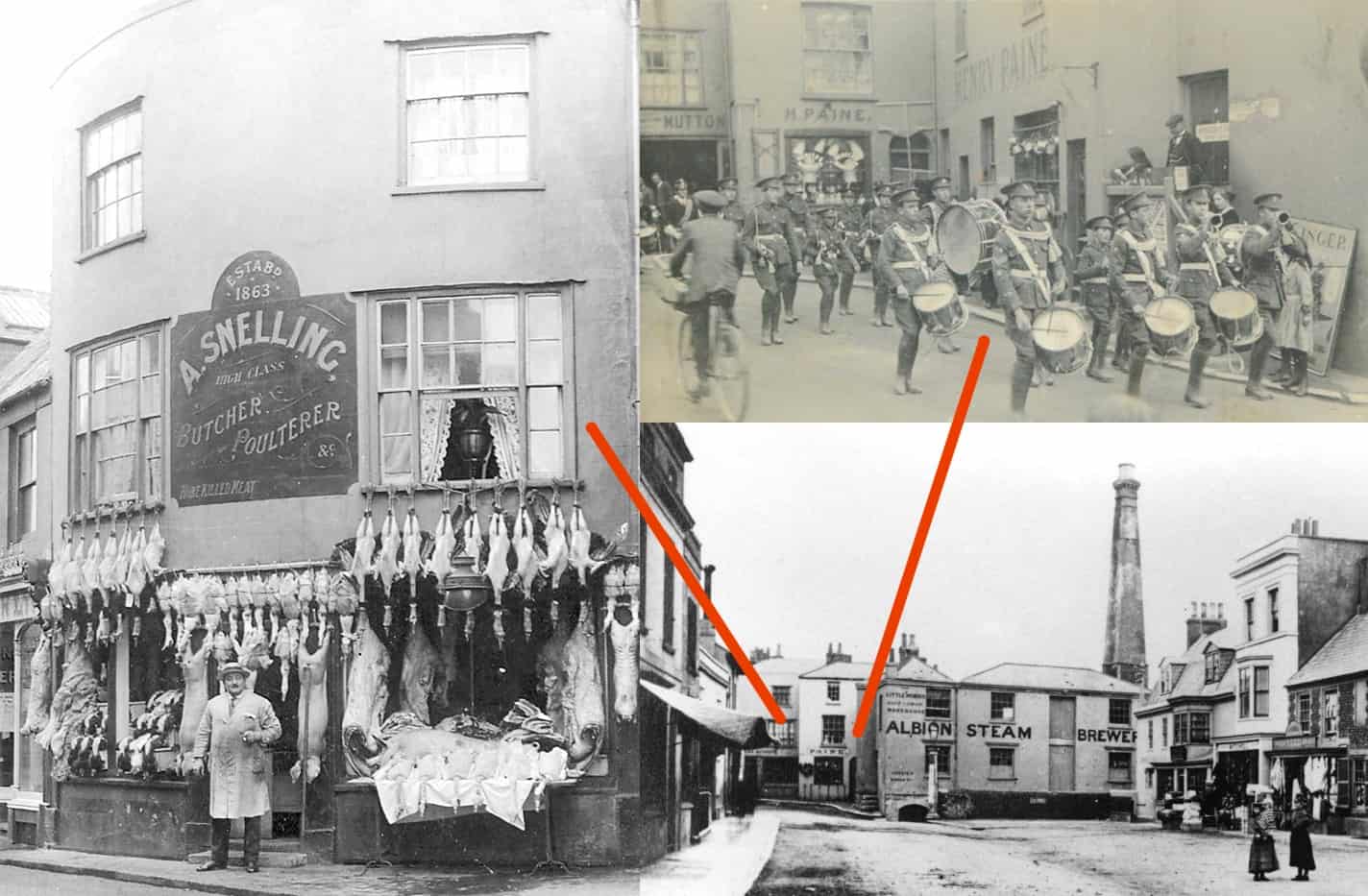 The chimney marks the building at the east end of the High Street, now Coronation Green area, where Thomas Clayton’s ‘Roman Cement Manufactury’ once belched it’s chalk and lime laden smoke depositing grey ash over the town during the early 1800’s; a barracks was set up there during the Napoleonic War invasion threats; it later became the Albion Steam Brewery and finally the Winton family’s printing works before being demolished  during the 1938 road widening. Behind that Paine’s ironmongery business traded for many years alongside Snelling’s butcher shop.