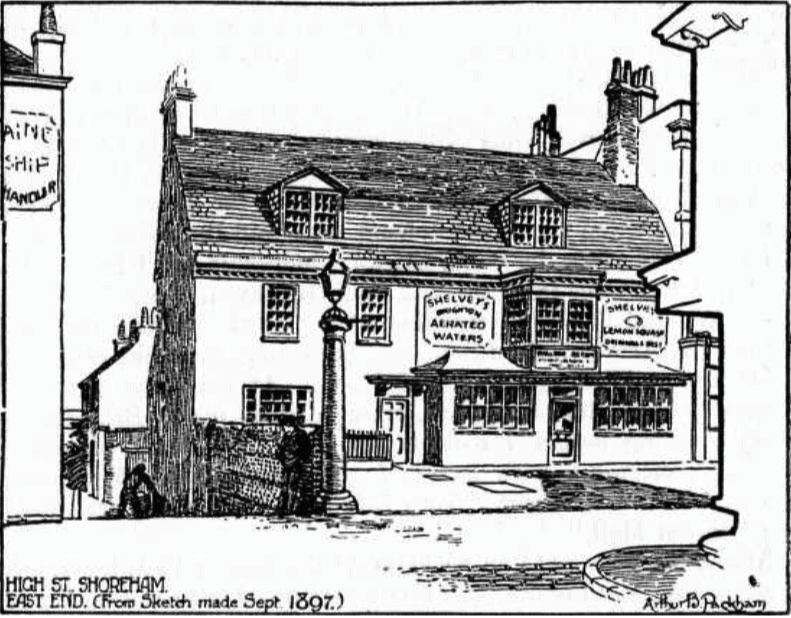 – that the ancient Parliamentary Stones that once stood in the road by Stone House (now the solicitors’ office next to Coronation Green) and the two surviving 18th century tuscan columns from the ten that once supported the 1711 Market House in the High Street were removed during the 1938 road widening. In 1983, Reg Leggett, a long standing crusader for the preservation of Shoreham’s architectural history wrote “When I last heard of them….. they were reposing in the Council yard in Ropetackle, and some of us in this town would like to see any missing or damaged sections of these columns (and stones) made good and that they be re-erected (as near to their original sites as is practical)…………….”

We are still waiting

Image: Arthur Packham’s drawing of the stones and the easternmost column in use as a lamp post