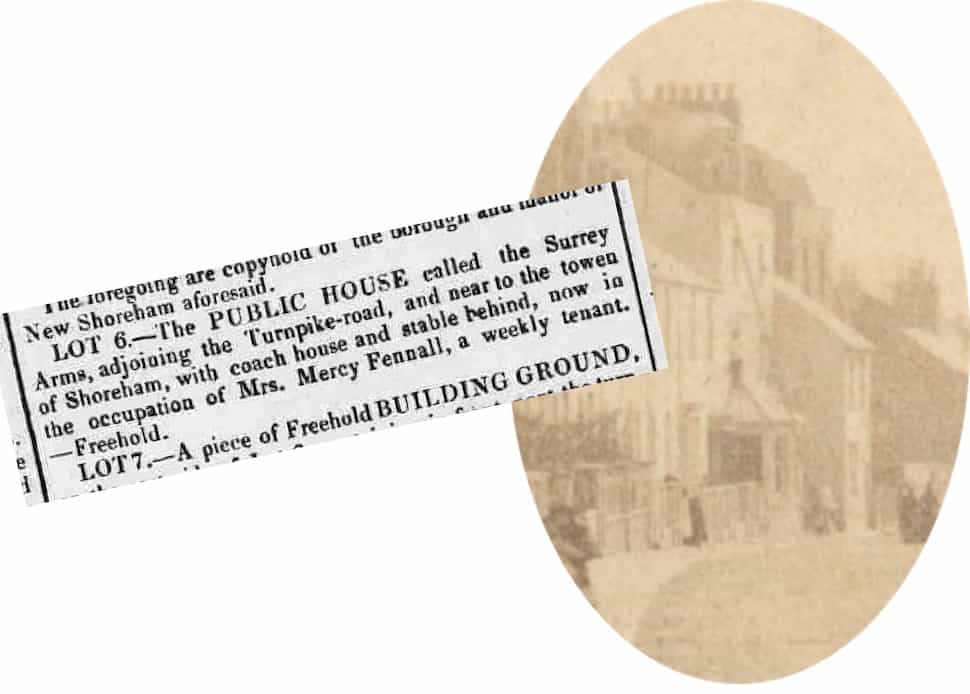 Perhaps it’s older than you think? This advertisement for an auction shows it as licenced premises as early as 1833 (Sussex Advertiser 16th September 1833) – older than the Royal Sovereign for example that was first licenced in 1848 under it’s earlier name of Salmon Arms (although the building itself is 18th century). Incidentally, John Fennall, Mercy’s husband, and his brother William had been millers at the Mill Hill windmill. John also ran a bakery in the High Street and had another windmill built in Mill Lane. The brothers amassed a considerable amount of property in Shoreham of which the Surrey Arms was just one.
Also included is what is probably the oldest photo of the pub – just look at the height of that ladder!