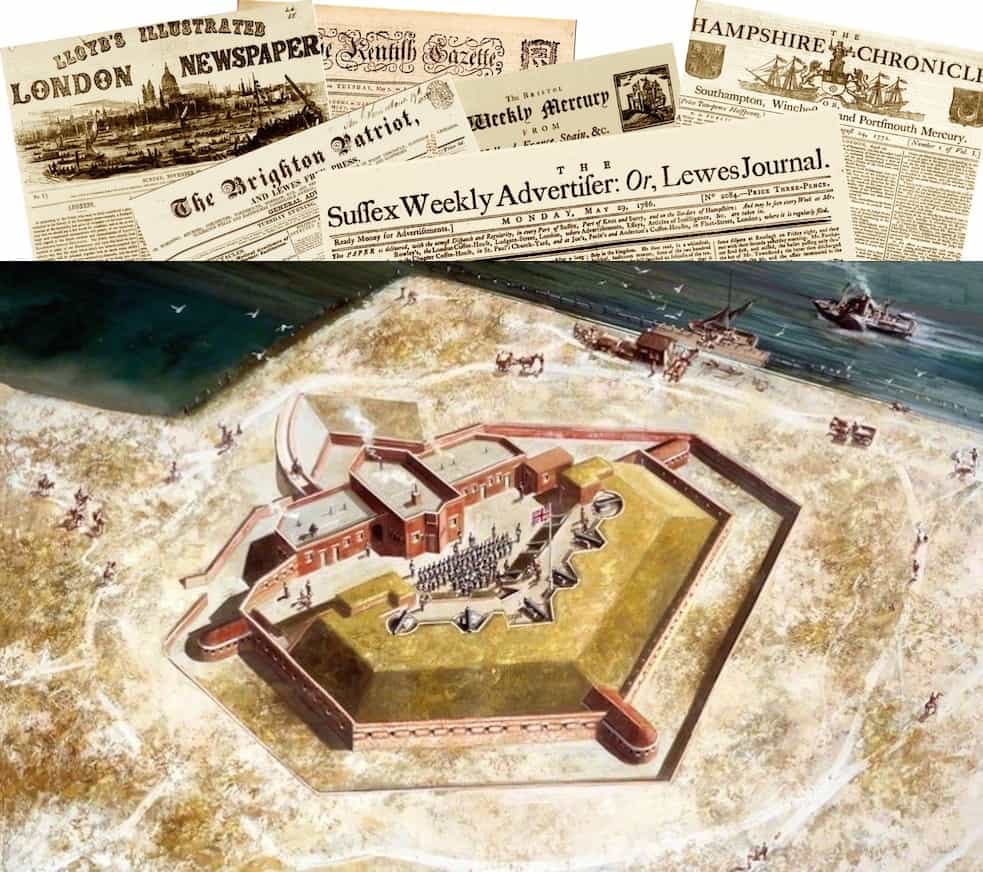 October 1855 Tenders were invited for the building of a fort to house ‘six heavy guns and defensible barracks for the lodgment of troops.’ The project was to be completed by November the following year under penalty of £35 for every week’s delay and forfeiture of £1,000 for non-completion. Whether or not the construction conditions were met is unclear but in February 1858 artillerymen were reported as being still ‘engaged mounting six 68 pound guns on slide and traversing carriages.’

Three guns covered the sea and three were to perform nearly a complete circle over both sea and land (although later reports suggest that the actual extent of the arc of fire was rather more limited). It had a ditch, walls with loopholes for musketry, subterranean passages, magazines and barracks for 70 men but to begin with was maintained by just ‘a few invalids of the late war.’ By November that year Lord Vivian and men of the Royal Artillery delivered shot, shell and ammunition – each gun received 130 rounds and for each shot 16 pounds of powder were required to propel missiles 3,000 to 4,000 yards.

(Image of the fort by courtesy of the artist, Mike Codd)

One Reply to “Life in 18th and 19th Century Shoreham”