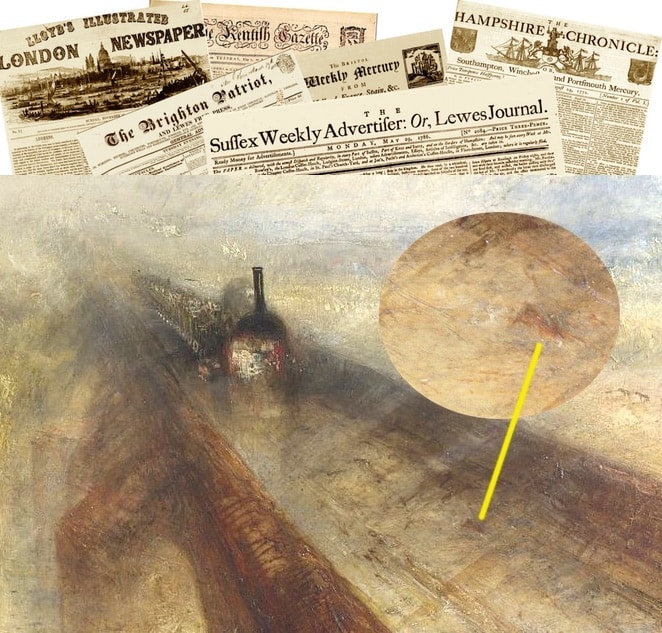 Much of the chalk and earth taken out from the cutting through New England Hill in Brighton was reused to build the bank through Southwick and Kingston and in February 1840 a great number of workmen arrived in Shoreham to build the Brighton Road viaduct over the line connecting the Kingston wharves to the main railroad. On the 11thMay 1840 the official opening was reported with the first trip through the five and a half miles from Brighton to Shoreham being completed in 12 minutes.

One intriguing report of 1841, the year following the opening of the Shoreham line, was taken up and published by all the national dailies and read ‘On Monday, as the Shoreham branch of the London and Brighton Railway was proceeding to Shoreham a hare ran on the rail for some distance but eventually poor puss was overtaken and cut in half by the train.’ J.M.W. Turner’s famous ‘Rain, Steam & Speed’ painting shows a hare running before the train – presumed to represent speed. The painting was first exhibited in 1844 and shows the Maidenhead Bridge, is it possible that the idea of the hare was planted in Turner’s mind by this report?