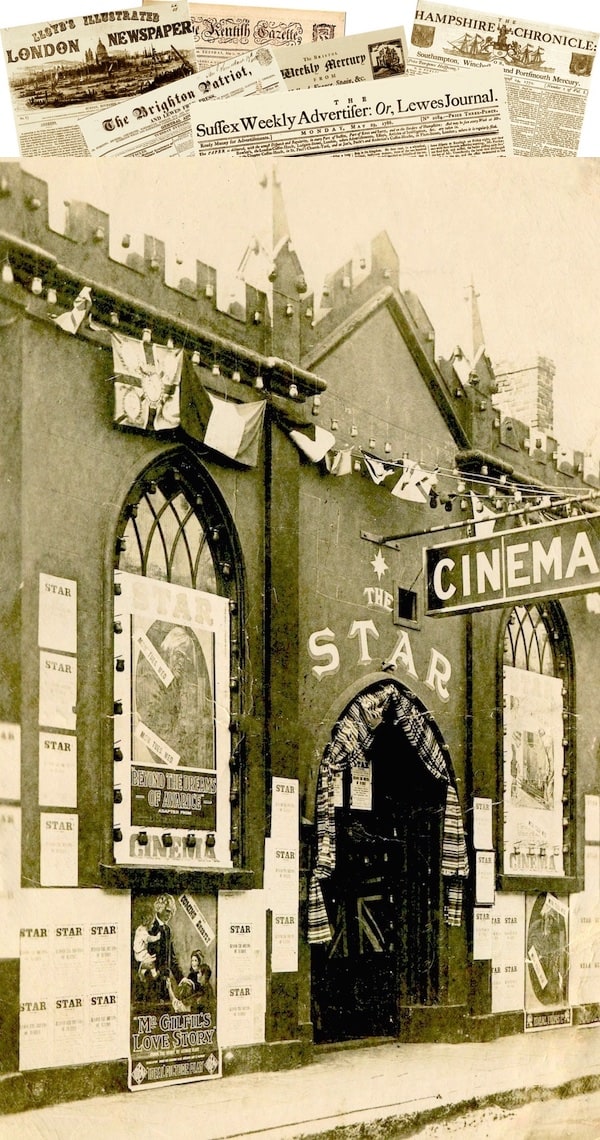 The ‘Enterprise’ sailed from Shoreham in 1832 with 99 emigrants on board, mainly local agricultural labourers, bound for America.

Religious intolerance was a surprising discovery. The Reverend William Wheeler, parish priest at St. Mary’s, had such strong leanings towards Roman Catholic practices that he alienated many in his congregation. They turned to the newly built Protestant Free Church in Church Street but when two of their number died (1844) there was only one burial ground then (St. Mary’s graveyard) and the same vicar refused on both occasions to bury them because of their dissent. About the same time Nathaniel Woodard, the later founder of Lancing College, also had catholic tendencies and was accused of (but denied) encouraging pupils in his Shoreham and Hurstpierpoint colleges to take confession.

(Photo – Protestant Free Church, now Co-op store delivery entrance, when it was used as a cinema)