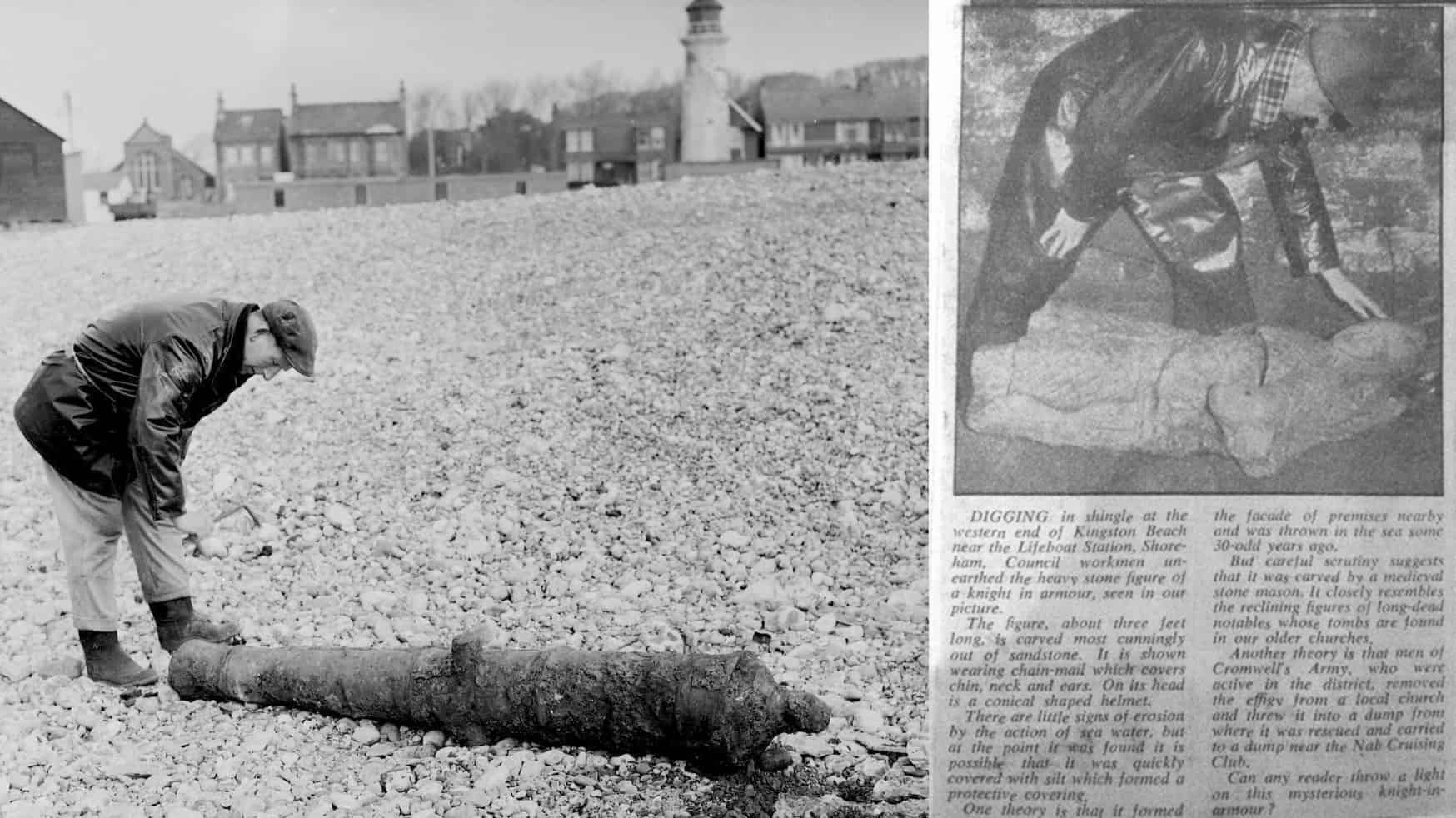 Kingston near the harbour mouth has come up with some interesting artifacts in the fairly recent past. This old cannon (little known about it though – perhaps Nobby English who is credited with the photo may know?) and this effigy of a mediaeval knight that was revealed in the 1950’s following erosion of a chalk layer/bank  – an important discovery I would have thought but what happened to that?