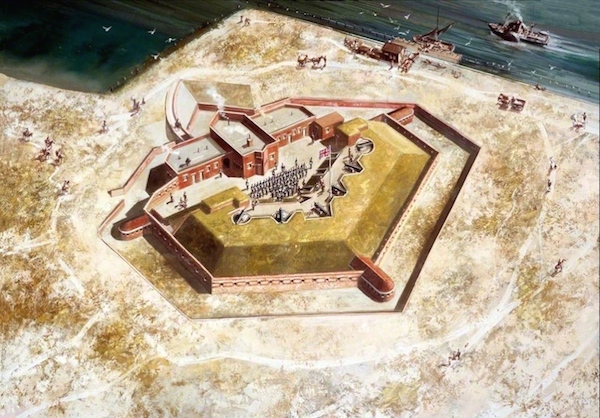 In the years of peace that had followed the Napoleonic Wars many felt that the country had neglected its military and coastal defences. Despite an alliance with France to defend Turkey against Russia in 1854 reports of ‘menaces towards England of certain French officers’ caused national alarm and an almost irrational fear of invasion. In response the Government reintroduced the 1804 volunteer movement of local militia and made it a permanent reserve of the country’s military force. END_OF_DOCUMENT_TOKEN_TO_BE_REPLACED