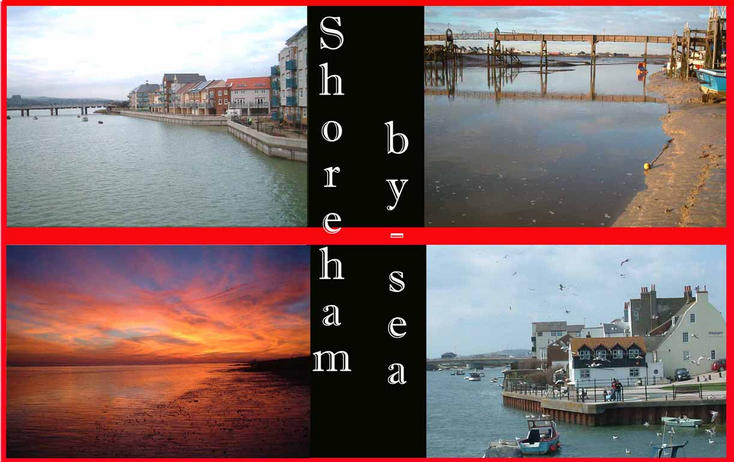 Living on Shoreham Beach as a child, you kinda felt like you owned the world sometimes, stood on the beach where all that changed was the position of the shingle, sometimes banked right up so high that it near buried the old wooden breakwaters, and then other days the sea would pull the shingle back so far as to expose, what then as a child, seemed like mighty tree turrets, or Queens Guards all neatly lined up.

END_OF_DOCUMENT_TOKEN_TO_BE_REPLACED

Ever wondered where those bungalows pictured in Shoreham’s old postcards were? Relive the view our predecessors saw and even meet them by joining our celebrated Shoreham Time Walks. See those wooden structures as they once were, some little more than simple wood and corrugated iron shacks, others extravagant and imaginative in design. Those wishing to participate should present themselves promptly at 1pm at the east end of Widewater on Saturday 10th August in any year between 1900 and 1920………………………. END_OF_DOCUMENT_TOKEN_TO_BE_REPLACED 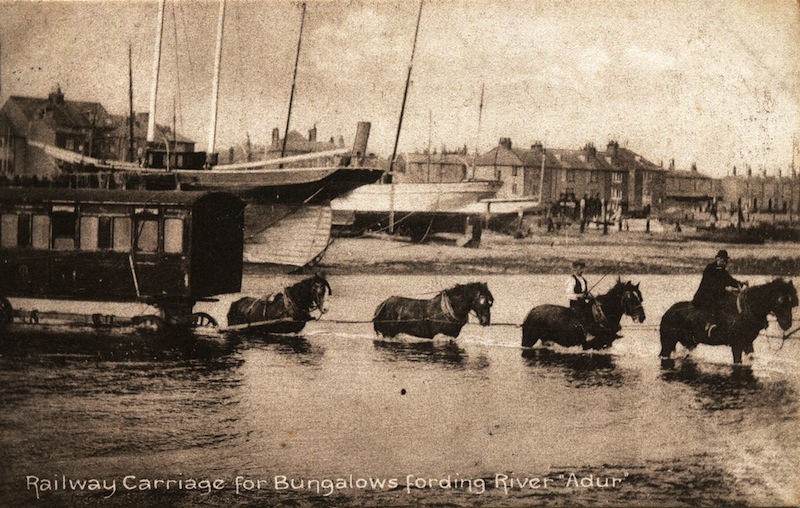 A 1910 article and photographs from ‘The Harmsworth Magazine’ recording the origin and construction of dwellings and subsequent development of Shoreham by Sea’s amazing Bungalow Town. (donated by the Shorehambysea.com History website) END_OF_DOCUMENT_TOKEN_TO_BE_REPLACED

The Blockade (or “Preventative”) Service was created in 1817 following the country’s huge loss of revenue due to what was then considered by some to be a lack of success by the Customs and Revenue Services in coping with the smuggling problem. It is perhaps unfair to lay the blame for this entirely upon them as, amongst other things, we know that manpower was short compared with the smuggling gangs they came up against; pay was poor and even the ships they used were invariably slower and less well armed than the smugglers’ own vessels. END_OF_DOCUMENT_TOKEN_TO_BE_REPLACED