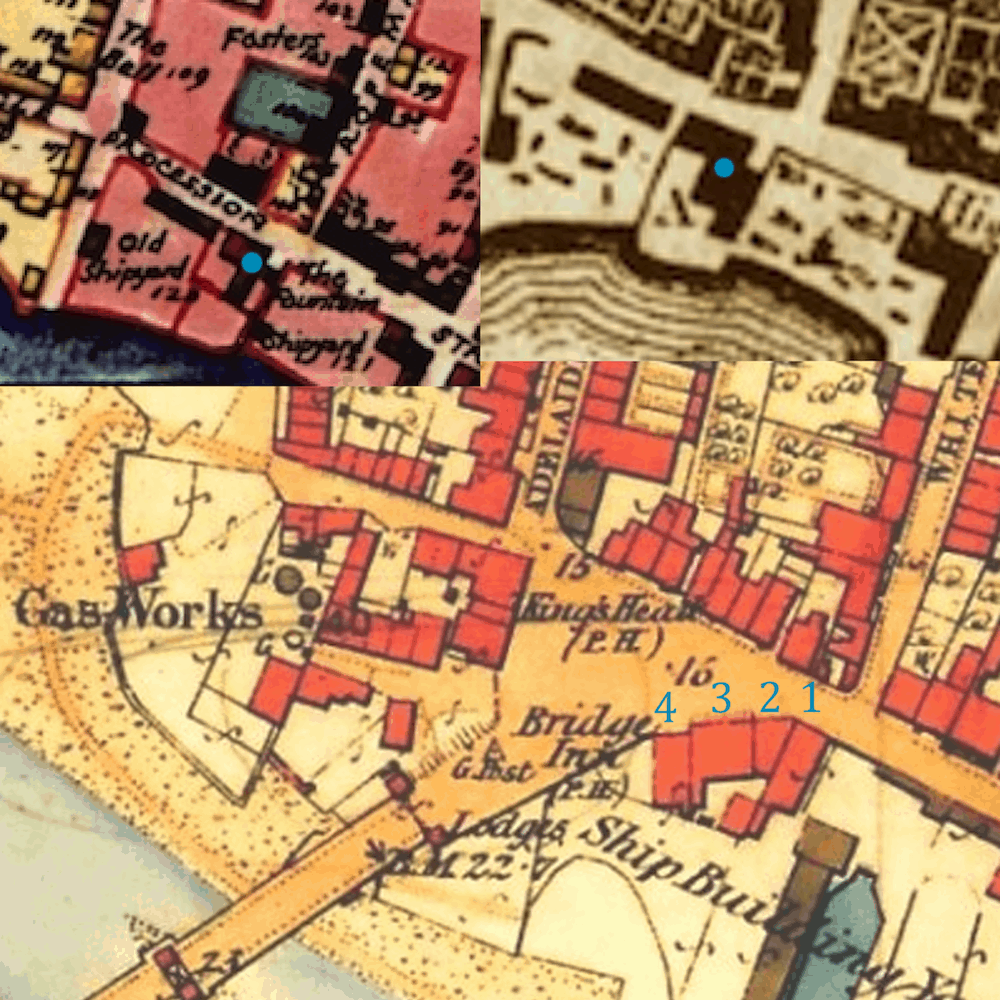 Mention of the Fountain Inn recently prompted a further look. The two 1780’s maps show it (highlighted with a blue dot) followed by the 1872 map after it was, we are told, absorbed into the first Bridge Hotel building.
I’d always thought what was left of the Fountain was the building numbered 2 but it looks from the maps as if it must have been the tall gable-ended building 1 which certainly looks more 18th century or earlier in style than the others.
It had quite a history. Apart from being an inn it had an assembly room that was used to perform plays by touring actors; the local Freemasons met there and poor young James Rook from Old Shoreham was committed for trial there and later hung for his part in the 1790’s robbery of the mail. 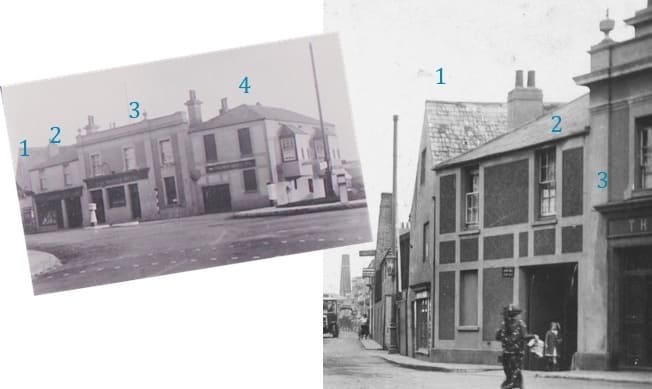 2 Replies to “The Fountain Inn”