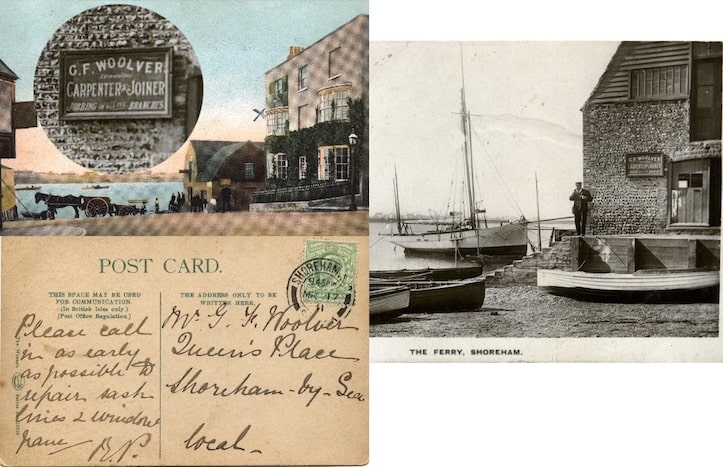 One hundred years ago the postal service was so good a letter sent to a Shoreham address in the morning from a person setting out from London would often arrive before the sender arrived home. Same day delivery also prompted the use of postcards for urgent messages. This one was used by the owner of Dolphin Chambers in 1911 to send to George Woolver asking him to repair one of the windows. It was addressed to him at his home address in Queens Place which is a bit strange as he had his workshop right next door to the Chambers at that time!