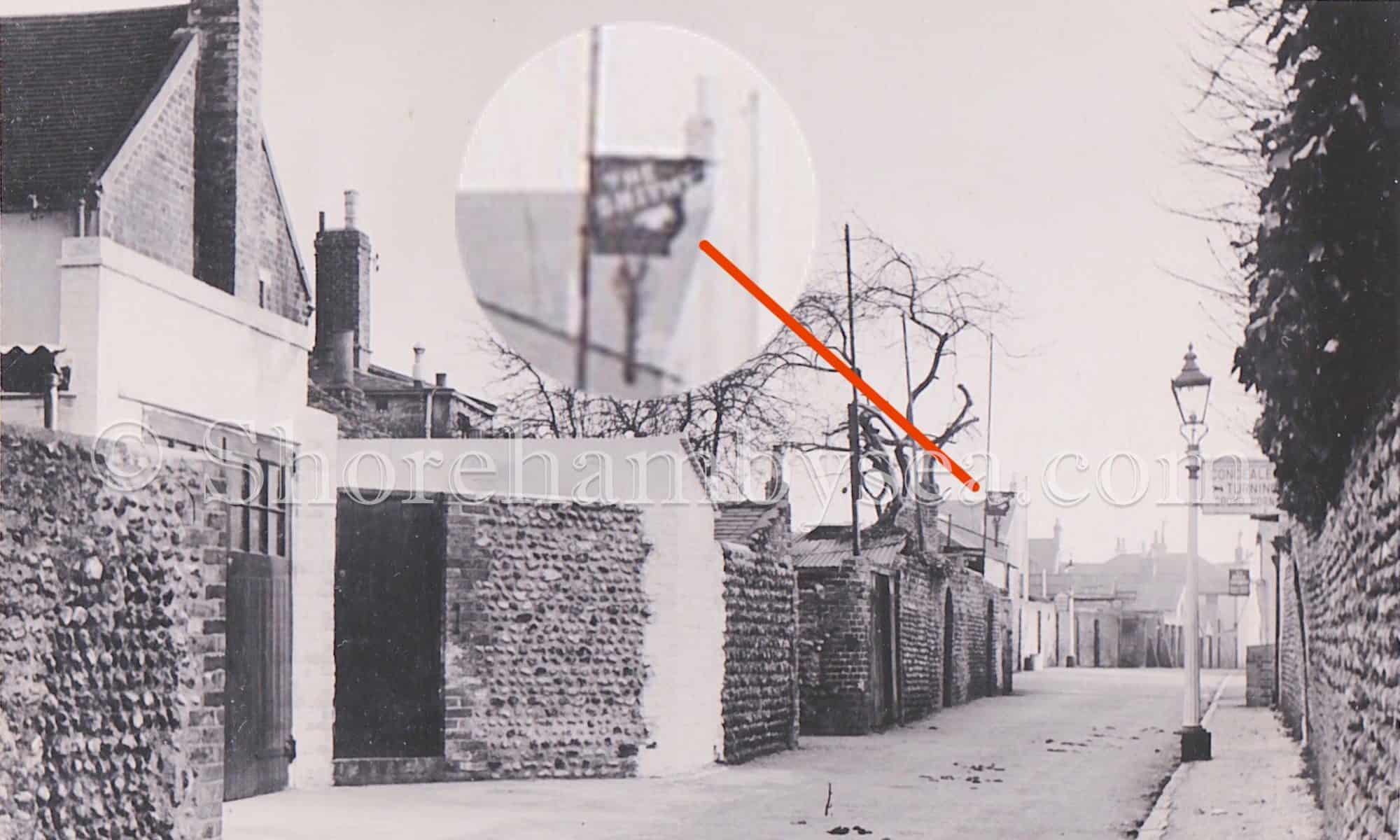 Mr. Clarke lived in Church Street during the 1930’s, he used to help pump the bellows at the Burtenshaw blacksmith family’s forge in Middle Street behind their houses. His father was Head Chef at Lancing College and number 22 across the road was the College Laundry where linen from the college was dropped off by a van each day.

During the last war when the beaches were closed Cuckoo’s Corner became a bathing lido. Something of a surprise perhaps bearing in mind the not inconsiderable number of drownings there during the early 1900’s through to fairly recent years.

One Shoreham doctor would tell mothers (that had children) suffering from muscular fever to strip the patient off and lay them in the river mud at low tide to let the iodine from rotting seaweed effect a cure.

There was a doctor’s surgery on the churchyard (possibly the surgery in East Street) where a Dr. Hall carried out ‘boyhood operations’ on the kitchen table, set broken limbs and made up his own medicines.

Snellings butcher shop is mentioned at the south side of the gap (before it was all demolished) – at Christmas time he would always display a very large whole pig with a lemon in its mouth on a trestle table.

The annual regatta was held on both sides of the footbridge and included in the ‘games’ was the greasy pole, suspended beneath the footbridge which Bill Peters usually won; builder’s races where participants rowed with shovels and fights between the millers and the sweeps using bags of flour and soot as ammunition. At half-tide football was played on the mud and the two fishing families Lakers and Pages would race against each other running and rowing across the river and back.

Even in those days there was still work on boats being  carried out (Suters Yard for example) and on a quiet day the sounds of the adze and caulking mallet could be heard as far away as Slonk Hill.