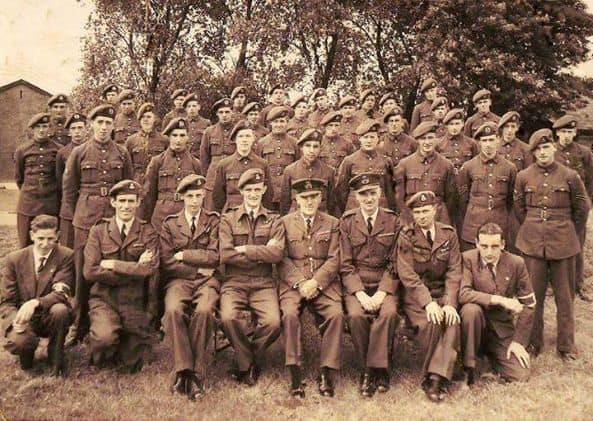 No 1440 squadron Air training Corps ATC ,was founded at Middle Road School in 1941, At wars end in 1946 the Squadron was given premises at the Dome on the Airport, there were a number of associated wooden Huts used as lecture rooms , When I joined in 1951, the meetings were Tues and Thurs 7 til 9 30 pm. The Commanding Officer was Flt Lt Sidney Cole a wartime RAF Officer Flight Commanders were Flt Lt Kenneth Winstone,Fg Off Norman Finch and Fg Off Kenneth Guest , the Squadron had three flights Shoreham Lancing and Steyning. at that time membership was approximately 60 , an Adult  Warrant Officer Wilfred Stephenson  and Civilian Instructors  Gerald Woolvern Alan Morgan and Thomas Pollington , Lectures on dress deportment, and drill were given , the squadron had approx. 25 .303 Lee Enfield Rifles of WW1 vintage. The Squadron members were taught Morse Code, basic Engine function , and map reading , hobbyists took part in model making on Sunday Mornings as did the Drum and Bugle Band ,The Squadron took part in Annual Summer Camps held at RAF Stations for one week  duration each cadet was given a flight in service aircraft and fired  on the weapons range ,The joining age was 13 years leaving at age 18.