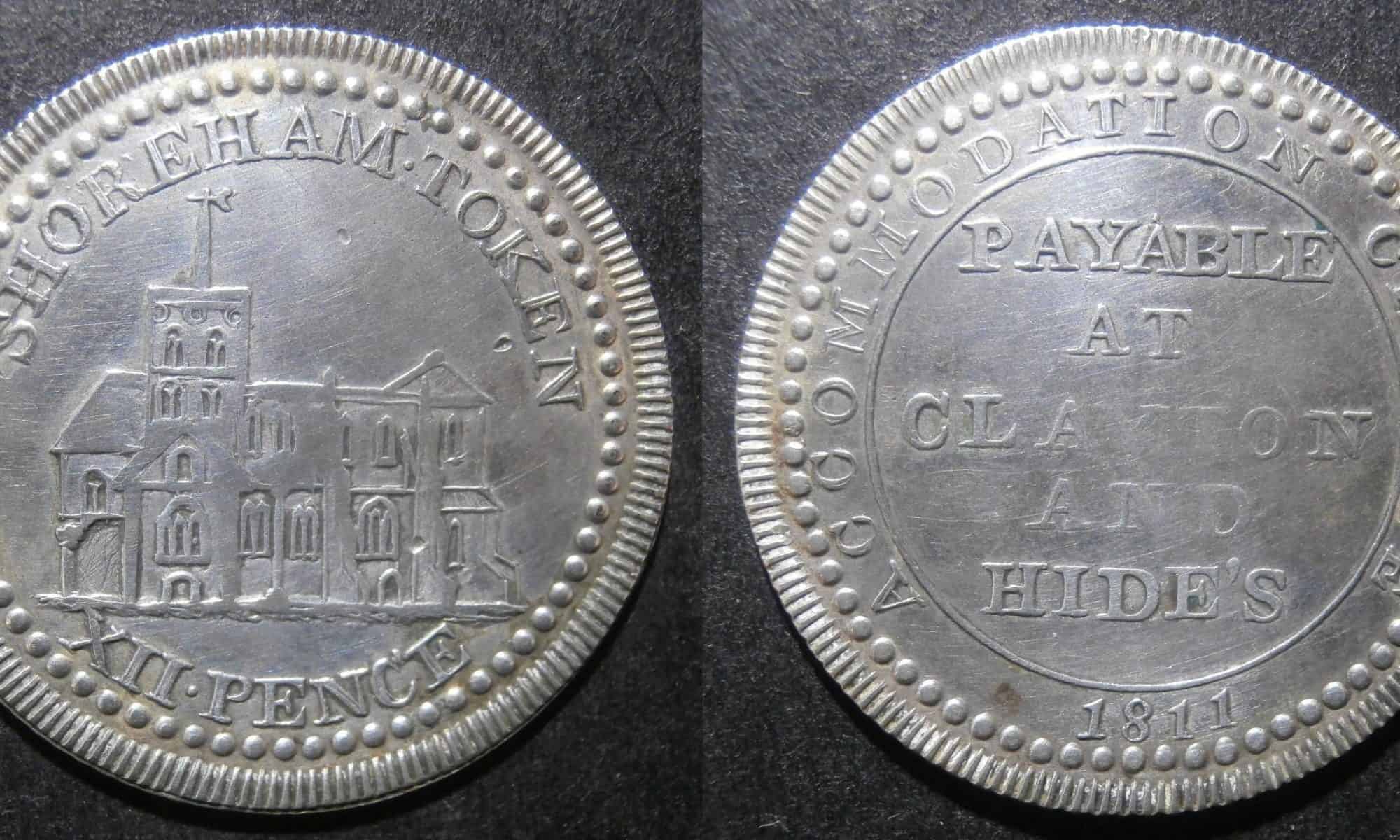 A period of coin shortage when the British Royal Mint almost ceased production making small change scarce prompted merchants in 1811 to produce tokens ‘for the accommodation (convenience) of the public.” These were issued by merchants with the agreement that they would be redeemed in goods to an equivalent value at the merchants’ own outlets. The transaction was therefore one of barter, with the tokens playing a role of convenience, allowing the seller to receive his goods at a rate and time convenient to himself and the merchant in order to tie the holder of the token coin to his shop.

We know little of Hide (or Hyde), probably Edward Hide who married Esther Rice in 1810, although it is a fairly well known Shoreham family name, mainly of mariners. The Claytons were mostly businesspeople who moved in the same circles as the well to do Tate, Hawkins and Rice families – all of whom had made their money in seafaring and property dealings.

Thomas Clayton married into the Hawkins family of Chantry House in East Street and owned a ‘Roman Cement and Plaster of Paris Manufactury’ on what is now Coronation Green, next door to his home, Stone House, that still stands today. By 1828 this was moved to larger, riverside premises at Ropetackle. He also owned at least one ship with which to export his cement from the quayside that was doubtless manufactured using the high grade chalk from the nearby quarry at Upper Beeding.

Records show that Clayton seems to have run his cement business and a shop in the High Street near John Street in partnership with various others from time to time and one of the earliest of them appears to have been Hide. It is this business that Clayton and Hide are likely to have issued tokens for and this one is a very rare example of their twelve old pence token currently for sale at £275!